There are some who would say Rob Ford is already animated enough, but the embattled Toronto Mayor will soon be actually animated thanks to a new stop-motion parody that’s reportedly so funny it’s already sparked a bidding war.

Created by Canada’s Cuppa Coffee Studios, the animated spoof is described by The Hollywood Reporter as featuring a “blimp-like politician facing a media circus at Toronto City Hall as his scandal explodes,”; and has caught the interest of several Canadian and U.S. buyers.

“The film hilariously lampoons the trials and tribulations of a danger-prone Rob Ford and the tenacity of the improbable, unstoppable mayor to keep bouncing back,”; Cuppa Coffee president Adam Shaheen told THR.

Shaheen added that the studio is currently weighing offers to determine whether the 90-second animated parody — titled Fordtacular Spectacular! — will air on U.S. or Canadian TV before going online.

Cuppa Coffee Studios has extended an invitation to Ford to visit the Toronto-based animation studio, but Shaheen says the Mayor’s Office has yet to respond. 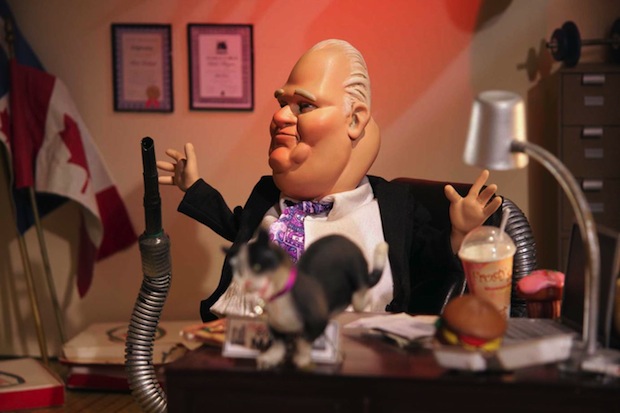 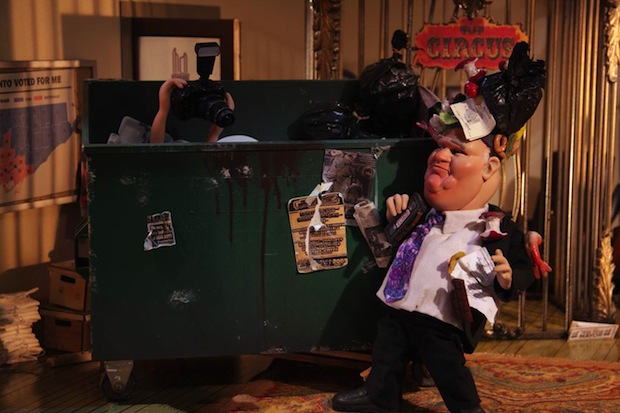