New Girl“s Zooey Deschanel is about to bring her unique “adorkable”; style to the masses thanks to a new deal with Tommy Hilfiger to launch her very own fashion line.

The 16-piece collection — to be called “To Tommy, From Zooey”; — is scheduled to hit stores in the spring, and will feature items ranging from coats to print dresses, priced between $98 and $199.

According to the press-release announcement, some of the pieces will combine a 1960s mod look with nautical accents, which is described as “Modical.”; The fashion line, says the press released, “captures the buoyant attitude of the 60s, the decade in which Hilfiger made his fashion debut and from which Deschanel borrows her doe-eyed look.”;

“Working with Tommy on this capsule collection has been really amazing,”; Deschanel said in a statement. “I am a fashion fanatic and I am always looking for new ways to incorporate vintage, feminine pieces into my own wardrobe. Tommy and I share many of the same inspirations — old school music, classic films and old Hollywood icons — and his guidance during the design process helped to put a really unique twist on each piece.”;

“Each piece is original and fun,”; added Hilfiger. “The collection is the perfect fusion of Zooey’s adventurous style and the classic, cool, American spirit at the heart of the Tommy Hilfiger brand.”;

Arriving April 14, Zooey’s new fashion line will be available in more than 200 Macy’s stores and Tommy Hilfiger outlets throughout North America, Mexico, Europe and Japan, with accompanying accessories such as handbags and jewelry to be available later that month.

Look for Zooey to promote “To Tommy, From Zooey”; at various events throughout the coming months, as well as appearing in a new ad campaign. 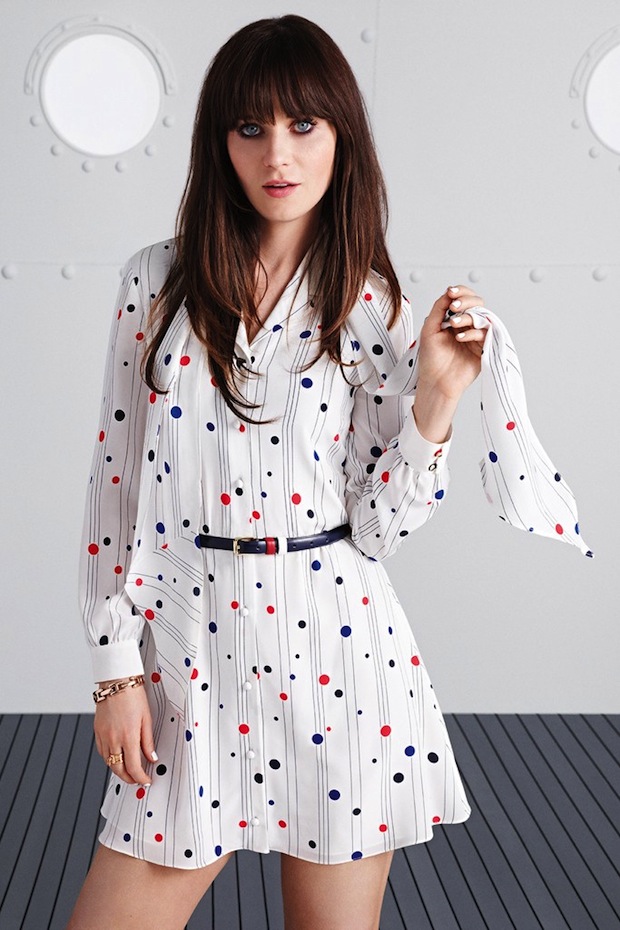 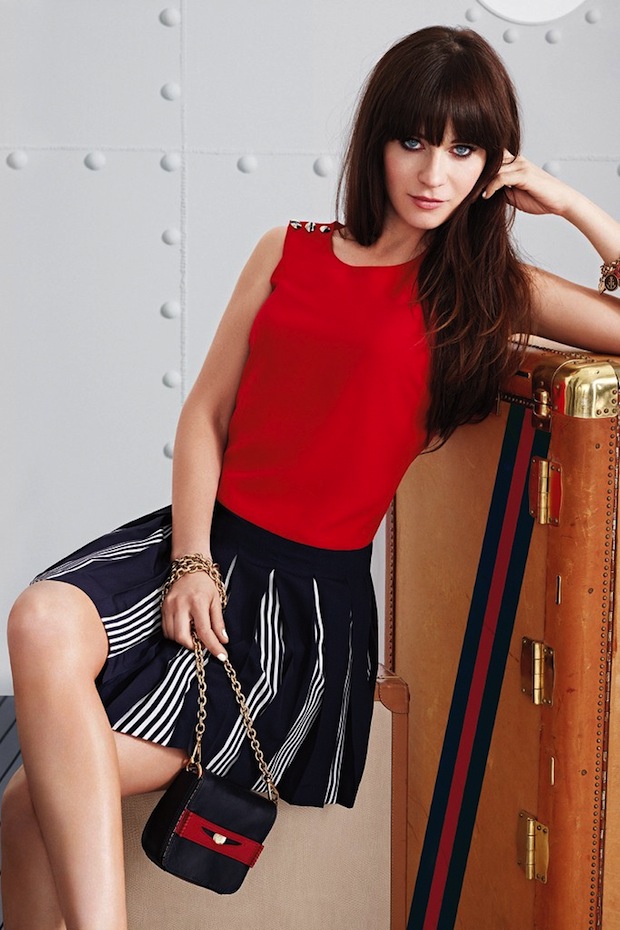