Sienna Miller has come a long way since her wild party girl days.

In the March issue of Esquire UK, the cover star opens up about her early career and falling for the sultry bad boy Jude Law. Life with her Alfie co-star was just the beginning of her path toward becoming a regular in the tabloids.

“I was really naive, I think,”; she tells Esquire UK. “I was a young 21. Not green as grass –- I was by no means an innocent –- but I had faith in the goodness of everyone. I was very open. And that led me into all sorts of situations that backfired.”;

She credits her association with scandal and gossip as one of the reasons why her life got out of control. “I sabotaged things,” she tells the magazine. “I burnt a lot of bridges.” 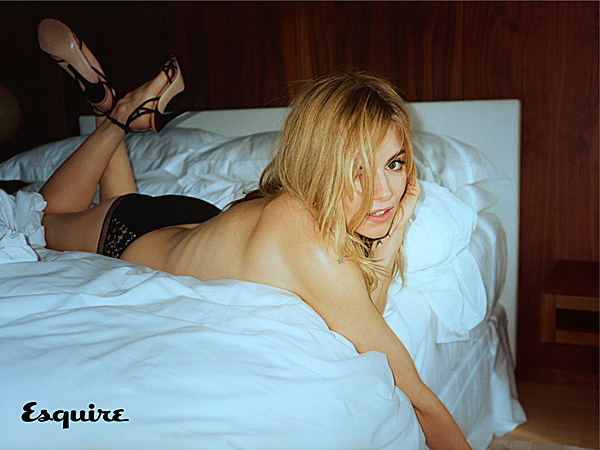 After taking a break from the Hollywood spotlight, Sienna’s focusing on getting back on track as a serious actress. The star has a lot on her plate now, with fiancé Tom Sturridge and their daughter Marlowe, plus three films in the works.

“I’m very lucky to have a second chance in that town.”

Visit Esquire UK for the full interview and exclusive photos.