Live Chat With The Cast Of ‘Remedy’

Remedy is Global’s new high-stakes medical drama that goes beyond the operating room and dives into the gripping stories of  hospital staff who make the healing happen.

Now you can interact with the cast of this hot new show, right here during our live chat starting at 2:30 p.m. ET on Tuesday, February 18!

Dillon Casey (Nikita, The Vow, MVP) plays Griffin Conner, a med-school dropout and the son of the Chief of Staff at Bethune General Hospital, where Griffin now works as an orderly at after a disgraceful exit from school. Working “downstairs”; alongside a cast of colourful characters, Griffin gets a new perspective on a world he thought he knew.

Remedy’s action-packed premiere isn’t until Monday, February 24, but you can get show secrets from Dillon, Enrico, Sarah and Sara right here Tuesday starting at 2:30 p.m. ET! 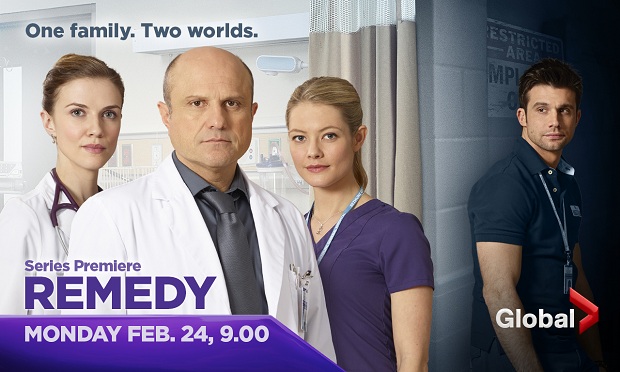