Marion Cotillard is not one to shy away from difficult roles. She not only floored critics playing a double amputee in 2012’s Rust and Bone, she won the Oscar for the complex portrayal of Edith Piaf in 2007’s La Vie En Rose. 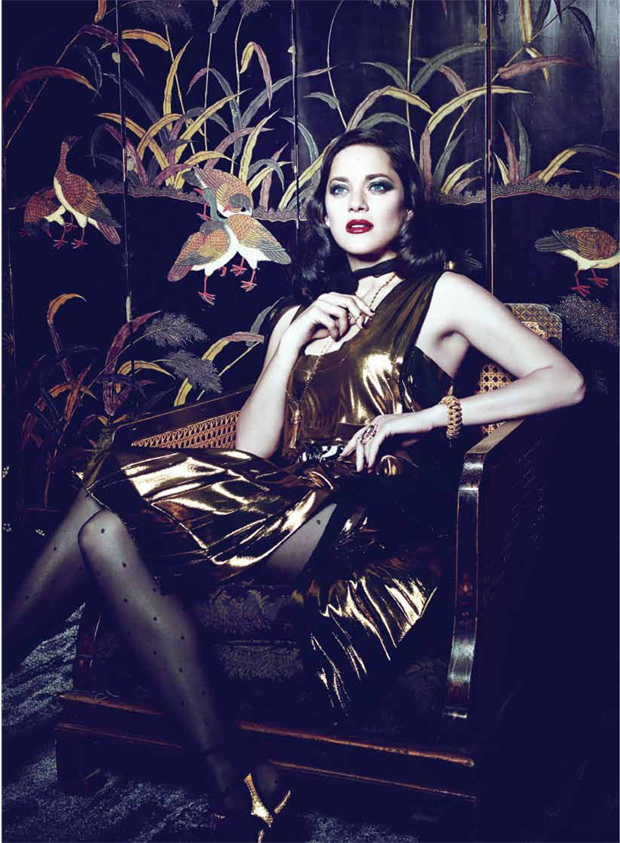 Now Marion is tackling possibly the hardest role yet playing Shakespeare’s mad queen in Macbeth alongside Michael Fassbender. In the spring issue of Interview magazine, the French star reveals why this role is like no other. “This is something where you cannot just learn your lines and show up on set,”; she says. “It’s tough already for someone who speaks English.
Although she’s working with a dialogue coach and keeping her French accent for the role, playing one of the most iconic literary villains is no easy task and she admits sometimes she questions why she signs up for these intense roles. “Sometimes I wonder if I should choose, I don’t know, something that will not put me under very high stress,”; she says.

For more from Marion including her hot spread visit Interview.