Congratulations go out to Bitten“s Laura Vandervoort, who is now engaged to British actor and host of Young Hollywood, Oliver Trevena!

The bride-to-be’s publicist confirmed the big news to ET Canada after Laura sparked engagement rumours earlier this week at Vanity Fair’s “Young Hollywood”; celebration, where she showed of a stunning new sparkler on “that finger.”;

The two actors have been serious since last summer, but Oliver reportedly popped the question to the former Smallville star over the holidays. 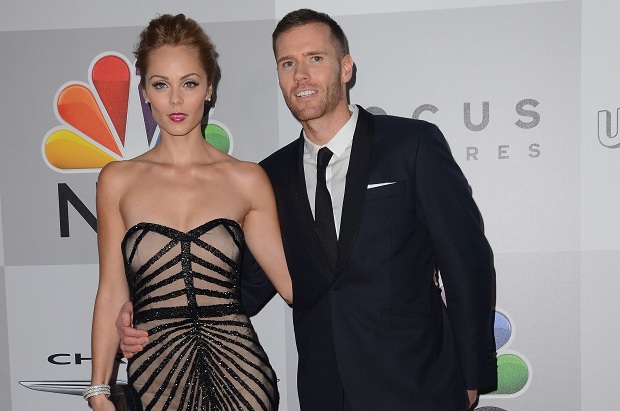 Now, Laura also happens to be Maxim’s March cover girl and you can check out her steamy behind-the-scenes video below!