‘Fast & Furious’ The Ride? You Betcha!

With the Fast & Furious franchise now six movies strong, you may be wondering if this venerable action institution is ready to start — pardon the pun — slowing down. Particularly in the wake of co-star Paul Walker’s untimely death last November.

Well, plenty of good news to report. Not only is the long-delayed Fast & Furious 7 back on track, but its release should coincide nicely with an out-of-this-world theme park ride.

That’s right, Universal has confirmed Fast & Furious: Supercharged will open to the public in 2015. Although details remain sketchy, the New York Times has confirmed it will be a “hybrid movie and thrill ride in which occupants of Universal’s famed back-lot trams will be encircled by 400-foot-long movie screens.”

The location? Universal Studios, naturally. So hey, if you’ve been putting off that L.A. vacation, next year may be the optimal time to book your ticket. Hang on tight, adrenaline junkies! 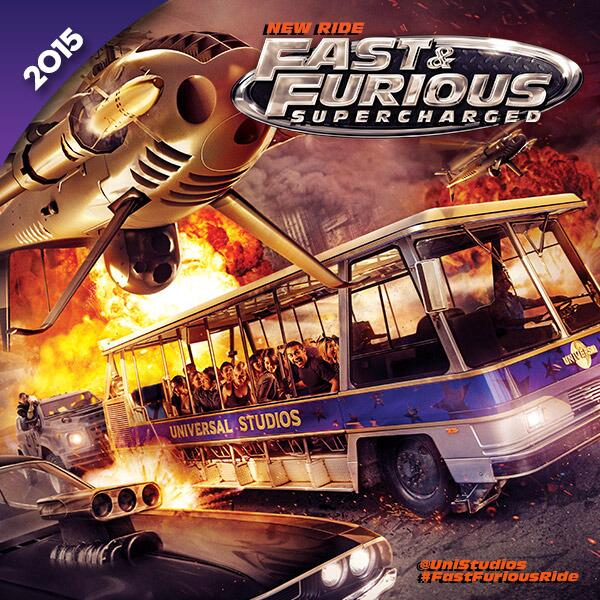