Anticipation has been building for the new big-screen adaptation of Shakespeare’s Macbeth starring Michael Fassbender and Marion Cotillard, and now the first two official photos from the film have been released.

Fassbender plays Macbeth, the King of Scotland, while Cotillard takes on the juicy role of Lady Macbeth, whose cutthroat ambition sends them both down a horrifying, bloody path.

In an interview with Britain’s Daily Mail, Fassbender compared the inner turmoil that torments the battle-hardended king to what today we call PSTD. “He’s suffering from post-traumatic stress disorder,”; said Fassbender. “It makes total sense, when you think about it… This trauma is something we know about. In World War I they called it battle fatigue, and it was probably more horrific in Macbeth’s days, when they were killing with their bare hands, and driving a blade through bodies.
While numerous film adaptations of the Bard’s work have been set in more modern eras, director Justin Kurzel chose to maintain the setting of 11th-century Scotland, with actors adopting Scottish accents for their roles — except Oscar-winner Cotillard, who will retain her natural French accent.

Explained producer Iain Canning to the Daily Mail: “We felt it would be unreasonable for her to put on a Scottish accent. It would not be unreasonable to presume that her character spent time in the French court.”;

In addition, Shakespeare’s iconic verse will remain untouched, although there has been some editing involved. Still, insists Fassbender, “there’s a vibrancy and an intelligence to the script.”;

Macbeth is slated for release sometime next year. 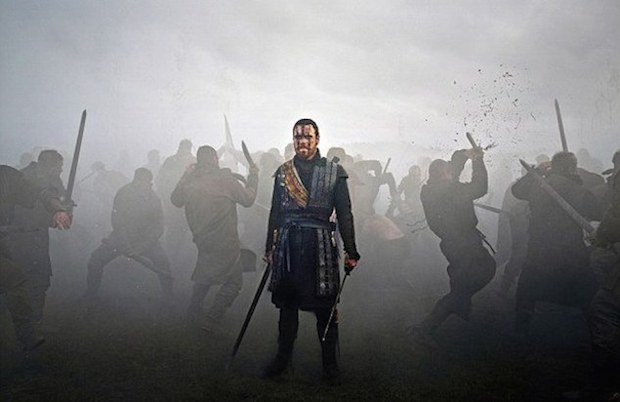