The name James Black might not immediately ring a bell, but you sure as sugar have heard his riffs as the guitar player for Canadian rock warriors Finger Eleven.

The mega-selling axeman is now set to take centre stage with his own solo effort entitled Moon Boot Cocoon. Black played nearly every instrument on his debut LP, which is available to be snapped up on May 27. We have the album art for the upcoming release below if you’d like to give it a gander. 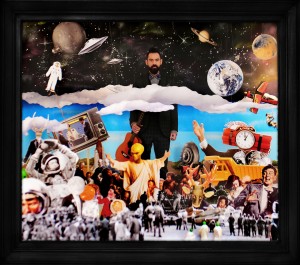 “We took every song to the moon and back, to Mars and back, and around Saturn twice,“; offers Black on the album. “We went in every direction we possibly could with this music.“

ET Canada has the world premiere of James Black’s new video, “Man From Mars,”; available for your viewing pleasure below. The visual accompaniment for this infectiously funky track features earthbound and outer space imagery that literally puts Black’s head in the clouds. Check it out and let us know what you think!