Dakota Fanning was only 7-years-old when she broke onto the Hollywood scene, holding her own against Sean Penn in I am Sam. By 2005 she had more than 15 films under her belt and was named the most powerful actress in Hollywood by Entertainment Weekly at the ripe old age of 10! But now one of the most famous little girls in the world is not so little anymore. 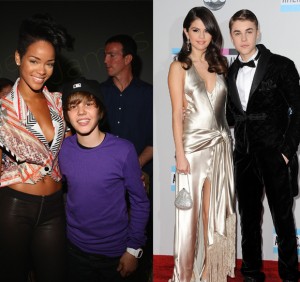 She had already pushed the envelope with The Runaways, playing rocker Cherie Currie, who experimented with drugs and her sexuality. Now Dakota tackles more risqué material in the upcoming Very Good Girls about two teens who enter into a pact to lose their virginity.

But, Dakota’s not the only young star who seems to have grown up over night. Justin Bieber just released his new album Believe in June and all anyone seems to be talking about is his “mature”; new sound. In our most recent interview with the pop superstar, he dishes about “Sexy Bieber”;: “I’m growing as an artist and my fans are growing with me, so I’m just making music that reflects that.”; 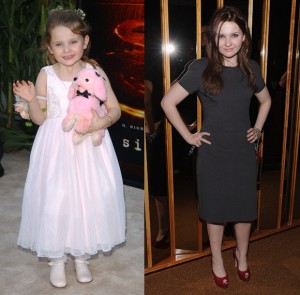 Meanwhile, Spring Breakers is set to help Justin’s sweetheart Selena Gomez shed her child star image. The film is directed by Harmony Korine, who’s always eager to shock with controversial kids. The film stars Selena and fellow Disney protégé Vanessa Hudgens, who take off on a bikini rampage and somehow their hard partying leads to an armed robbery.

Watch more unbelievable teen transformations in the video below!