Eva Green takes on the leading role of Ava Lord in Sin City: A Dame to Kill For, so it was a little odd that her poster for the film was omitted when the complete set was released last week.

Today the New York Post shed some light on the mysterious omission. According to the Page Six, the poster did not meet the Motion Picture Association of America standards “for nudity — curve of under breast and dark nipple/areola circle visible through sheer gown.”

In the newly released poster, the European actress poses seductively in a sheer robe revealing enough cleavage that would make most people blush. Captioned with the line “I’ve been especially bad,” the ad is made even more provocative with the leading “dame”; holding a gun. 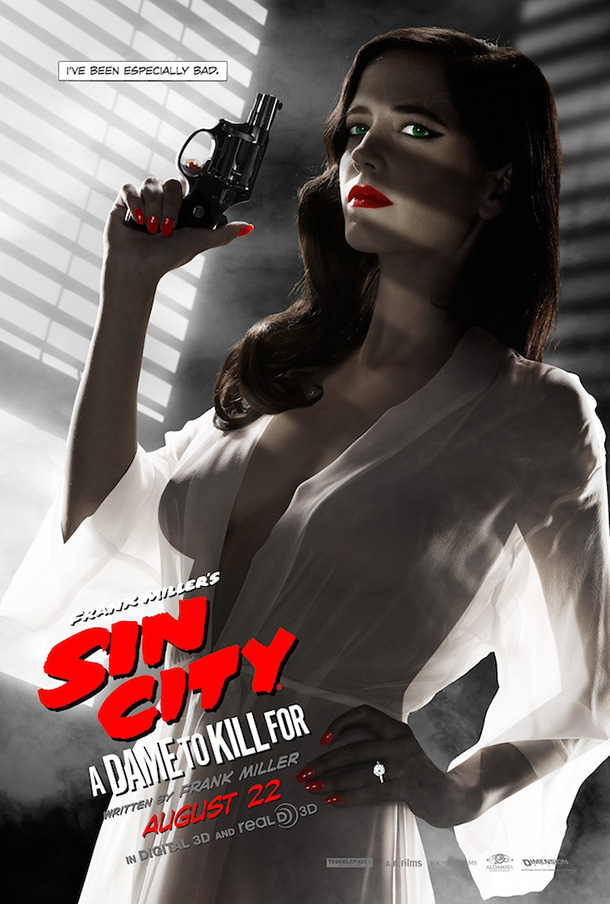 Eva Green Sin City: A Dame To Kill For