A new brunette was spotted hanging out with the royals this week during the annual Royal Ascot event.

Canada lingerie model Dara Tomanovich kept close to Prince Andrew in the Royal Box, sparking rumours that the twosome could be an item.

She attended day tree of the weeklong event on Wednesday dressed in a sophisticated sleeveless white dress with matching rose-shaped fascinator. The Canadian beauty stood out from the crowd as she chatted with Prince Harry and the Duke of York.

The model made a second appearance at Ascot on Friday, this time opting to wear a grey dress and matching hat. 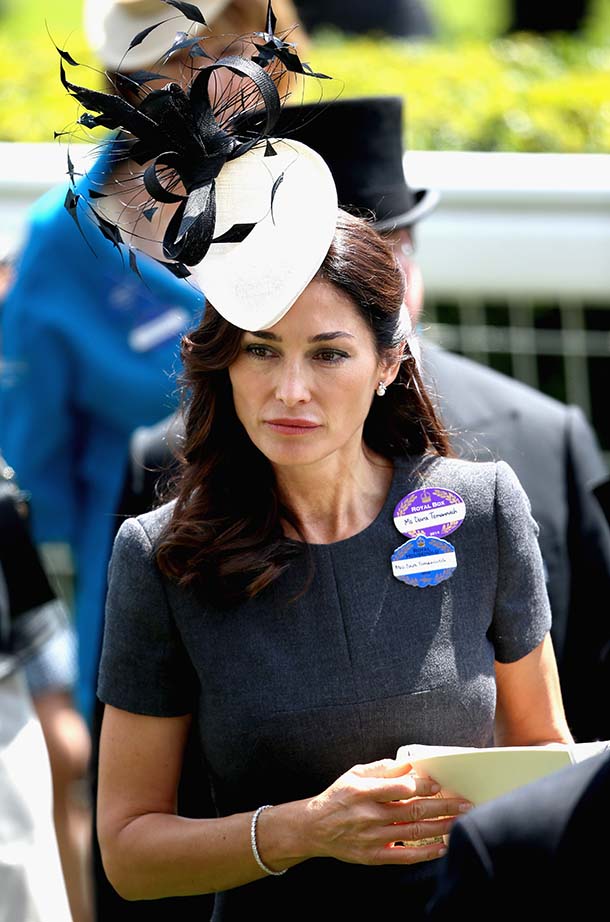 Dara, who began her modelling career at the age of 18, has since represented prestigious brands such as L’Oreal, Pantene, and Van Cleef and Arpels, and has appeared in the pages French Marie Claire and Vanity Fair, among many others.

The model is a proud supporter of many charities including His Royal Highness Prince Harry’s Sentebale foundation.

Several models have been linked to Prince Andrew in the past, with his the most recent rumoured prospect being George Clooney’s ex-girlfriend, Monika Janisic.