Fans of Diana Gabaldon’s Outlander novels have been anxiously awaiting the Starz-produced TV version of the time-tripping romance tale, and now the wait is nearly over.

In advance of the series premiere in late August, stars Caitriona Balfe and Sam Heughan posed for their first fashion shoot in which they’re dressed as themselves, not their Outlander characters, and ET and ET Canada have the world exclusive.

Heughan was not too sure what to think of modelling, telling ET Canada: “I’ve never really done this before – I’m an actor and this is all very new to me… it’s great fun!”

Meanwhile, Balfe is just as comfortable in front of a fashion cam as she is hitting the small screen. Going back to her modelling roots, she tells us: “I spent some time as a model so I think I’m you know slightly at home in this environment – you know it’s not too different from what I used to do.”

Outlander blends romance, sci-fi and period drama to tell the story of Claire (Balfe), a Second World War combat nurse who mysteriously finds herself falling back in time to 1743, where she is immediately thrust into a new life. When Claire is forced to marry Jamie (Heughan), a young Scottish warrior, she finds herself torn between two men in two different lives.

“I’ve seen a few shows in my time, and I’ll tell you, this is unique,”; said Starz CEO Chris Albrecht (formerly CEO of HBO) of the show, “and it will certainly please the fans and we think lots of other people as well.”;

Outlander premieres Sunday, August 24 on Showcase. Learn more about the cast and show in our set visit below! 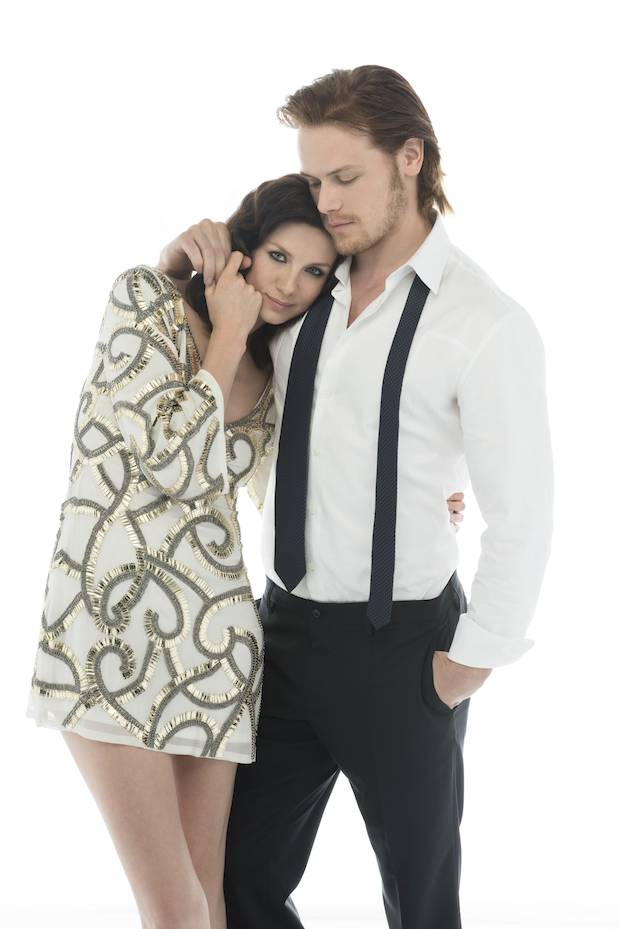