French shoe designer Christian Louboutin has partnered with Angelina Jolie in the creation of his latest whimsical design.

Nicknamed the Malangeli (“Maleficent’ plus “Angelina,’ get it? It sounds much better in French!), the shoe is inspired by Jolie’s Maleficent character, the Mistress of All Evil, in the Disney movie that hit theatres in May. 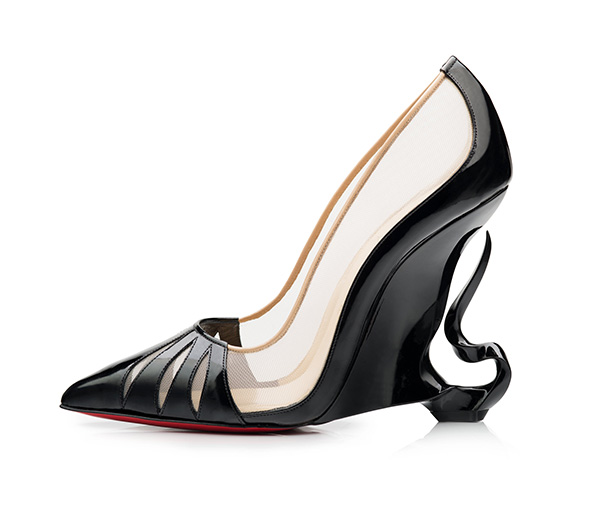 The spellbinding shoes features a nude mesh base and wickedly curled heel, which Louboutin’s website claims “[hints] that something is afoot.” And in keeping with Jolie’s mysterious image, a spokesperson for the brand described the limited-edition design as “dangerous and altogether seductive” coupled “with an illusion of magic.” That’s quite the shoe!

But not all is wicked with this new killer high heel. Profits from the shoe sales will go directly to SOS Children’s Villages — a non-governmental organization that helps struggling orphans and abandoned children in 134 countries worldwide. Jolie has previously contributed her time and money to the charity.

Jolie wore the devilish footwear throughout the international promotional tour for the movie. The actress was spotted wearing a gold pair in Shanghai and slipped on the white version for a photo call in London.

If you’re interested in purchasing a pair for yourself, they’ll set you back a cool $1750, and can only be ordered through one of the designer’s four boutiques. And don’t set your sights on bringing home Angelina’s white and gold pumps either — a red or black patent version are the only styles available to the public. 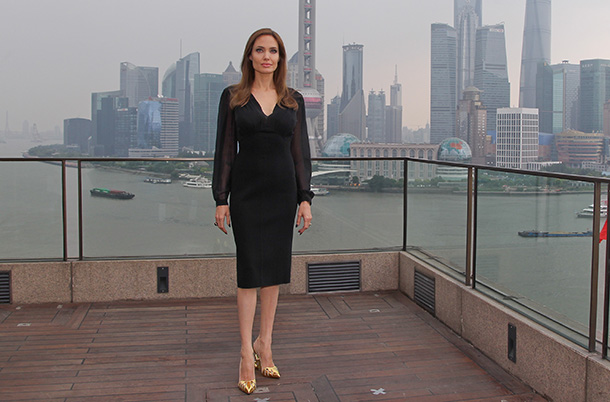