No Shoes Nation is about to get a brand new set of tunes.

The Big Revival has been billed by Chesney’s label as having the potential to be the singer’s “most diverse, yet infectious project yet.“; Considering how much time the stadium-filling star has spent in the studio on it, we’re not surprised.

“I’ve been in here since October of last year, and we’re still in there,“; Chesney told Rolling Stone back in April. “I made a whole record and mixed it and threw it away. [laughs] We’ve got a better record now for it.“ 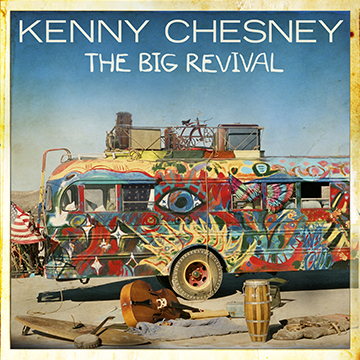 You can experience the fruits of Chesney’s labour below. We have six tracks from The Big Revival available for your listening pleasure, plus Chesney’s video for the lead single “American Kids”;. Check ’em out and send us your review on Twitter.

The Big Revival will be officially released on September 23.