Amal Alamuddin Arrives in Milan Ahead of Wedding to George Clooney

Amal, 36, was snapped in a great mood strolling through an airport in Milan at around 10 p.m. Tuesday night.

Sources said that there was quite a bit of luggage between Amal, Amal’s mom and a friend, who reportedly flew in from London. Amal was seen with a Stella McCartney garment bag and a large hat box. 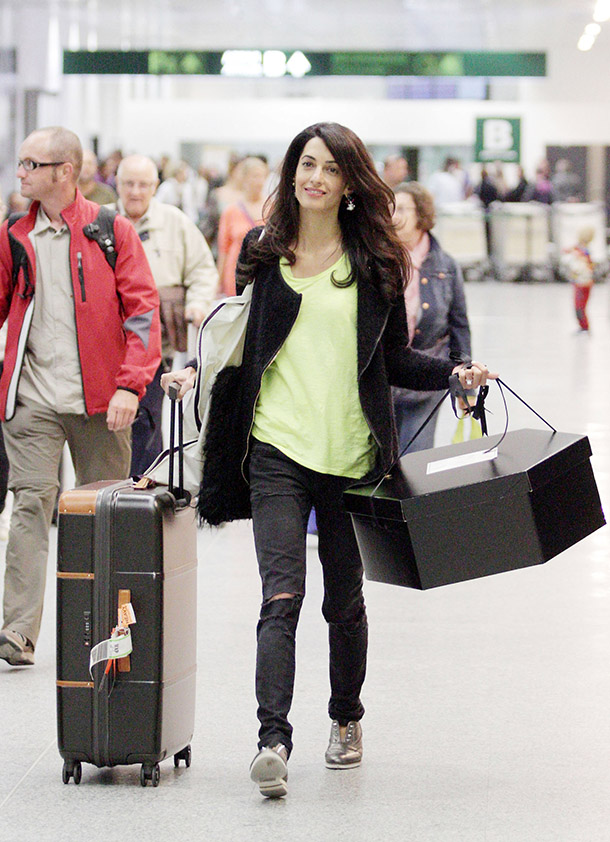 Clooney, 53, and Amal became engaged in April after first meeting in September 2013.

Entertainment Tonight confirms that Clooney and fiancée Alamuddin will wed Saturday evening, with a civil ceremony set for Monday, September 29.

While we wait for Clooney’s “I dos,”; here’s a timeline of the playboy’s past loves: