Tuesday was an emotional day for Teri Hatcher. The former Desperate Housewives star took part in the United Nations Official Commemoration Of The International Day For The Elimination Of Violence Against Women where she opened up about her lifelong struggle with the scars of sexual abuse.

The 49-year-old actress delivered an emotional speech, recounting the time her uncle abused her when she was only seven years of age. “This is a story about the dangers of silence. I really said I wasn’t going to cry. It’s an emotional day,” she began. “When I was seven-years-old I was sexually abused by my uncle. I was convinced it was my fault, and I blamed myself for what had happened, so I didn’t tell anyone, and I was silent. I did, however, unsurprisingly, start to act out and my mother decided to keep me away from my uncle.”

Holding back tears, Hatcher told the crowd of the emotional pain she suffered throughout her teens. At 18-years-old, she finally found the strength to share her secret and recounted the incident in a journal that she gave to her parents. “My mother and father had suspected something had happened, but they were just burdened by their own confusing anger and helplessness that they were paralyzed into their own silence,”; she revealed. “And so we remained silent. I was silent. My family was silent. And my uncle was free to live his life and not be held accountable.”;

And so she hid the traumatic episode for another 20 years until she read about an 11-year-old girl who had committed suicide after being abused by Hatcher’s aging uncle. “In a suicide note, she implicated my uncle, who had been sexually abusing her for years. I was shocked and devastated and overwhelmed by the idea that he had continued his abuse.”

After reaching out to legal authorities investigating the young girl’s death, Hatcher came forward with her brush with account of sexual abuse. “My case was long past the statute of limitations, so I was not able to prosecute, but he could use my deposition to establish a pattern and credibility,”; Hatcher explained.

The uncle was eventually convicted and remained in prison until his death. But as Hatcher says poignantly, she and other victims of sexual abuse will have to live with their scars forever.

She concluded, “I am one of three women who for the rest of her life battles the voice in her head that accepts blame for abuse, a voice that is antithetical to self-esteem, self-worth, and happiness. This is a statistic that has to change. One in three women can no longer have to face a stigma and a fear that prevent them from seeking help.”;

Tuesday kicked off a 16-day movement aiming to end violence against women around the world. 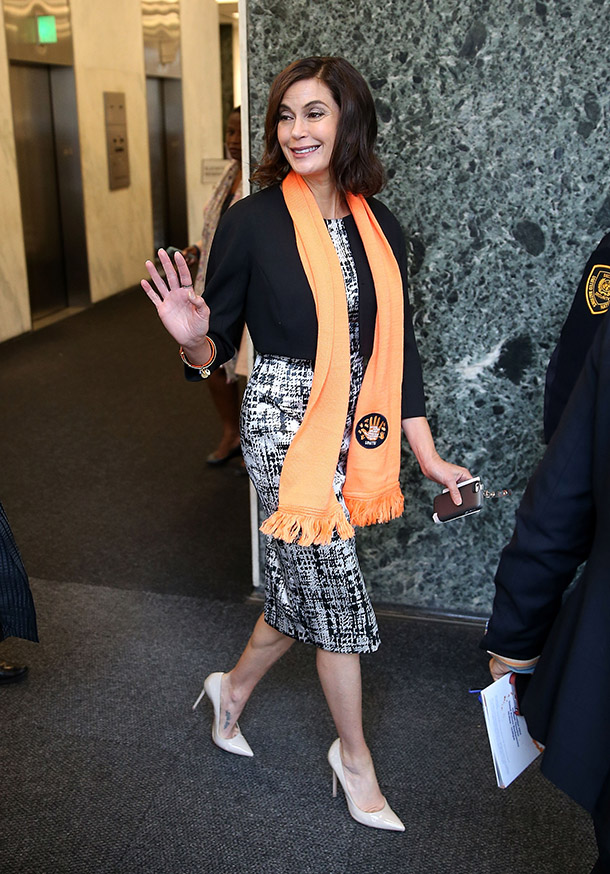