Cameron Diaz Dishes Out Some Wise Relationship Advice: ‘Timing Is Everything’

Cameron Diaz may not be ready to confirm nor deny rumours of an upcoming wedding (to beau Benji Madden) but the vixen does seem to have figured out the secret behind a successful relationship. Listen up ladies, the actress dishes out some wise relationship advice to Cosmopolitan magazine that has us thinking she’s finally find the one!

“You have to find someone in the same place as you are. Timing is everything,” Diaz says. “If you get into a relationship where you want something the guy doesn’t want, it’s never gonna work.”

She continues, “no matter how old you are, finding the guy who’s in the same place as you are and wants to show up is the only way a relationship works, period.”; 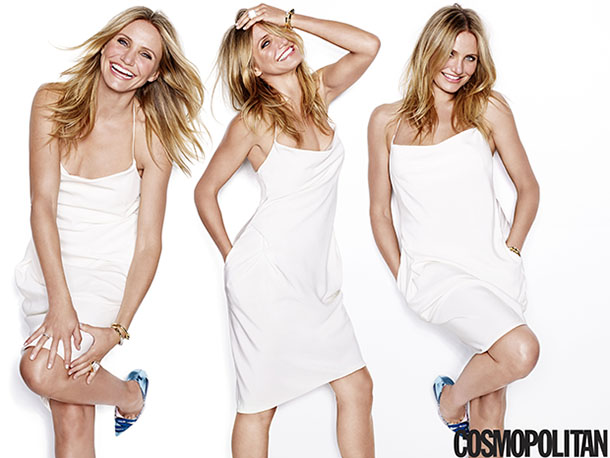 And after years of being on and off the market, and counting some of Hollywood’s hottest men as her boyfriends (Matt Dillon, Justin Timberlake, Kelly Slater, the list goes on!), Diaz has been able to pick up on a few bad habits. “Here’s the thing. You make the same mistake over and over again until you learn your lesson,” she tells Cosmo. “We girls sometimes do the thing where we pick the same person over and over again — they look and seem different, but deep down, they’re the same. And that’s on us.”;

You can catch more of Cameron Diaz when she hits the big screen as Miss Hannigan in Annie, out December 19. In the meantime, read Cosmopolitan‘s complete interview with Diaz when it hits newsstands December 9.