UPDATE – Jan 7, 2015 12:30 pm: A rep for Benedict Cumberbatch and Sophie Hunter has confirmed that yes, a Cumberbaby is upon us!

“I am delighted to confirm that Benedict Cumberbatch and Sophie Hunter are expecting their first child,”; the rep says in a statement. “They are both over the moon.”

A baby might be on the way for Benedict Cumberbatch and his fiancée Sophie Hunter!

Two months after their traditional engagement announcement in The Times Of London, The Imitation Game actor, 38, and his theatre director partner, 36, are reportedly expecting their first child.

The New York Post is reporting that Hunter is “a few months along”; in her pregnancy and that the couple is set to tie the knot this spring although Cumberbatch told reporters at the 26th annual Palm Springs International Film Festival this weekend that they’re in no rush.

“One thing at a time,”; Cumberbatch said of stepping back into the shoes of Sherlock to shoot a new season. “My main focus is going to be on that and then [awards season] is just sort of a wonderful burst of manic crazy fresh air in the midst of it all.”;

Pregnancy rumours got a boost when Hunter showed up to the film festival wearing a loose-fitting maxi dress and posed for photos with her purse covering her stomach.  The couple are expected to walk the red carpet on Sunday for the 72nd annual Golden Globe awards, where Cumberbatch is nominated for his role in The Imitation Game. 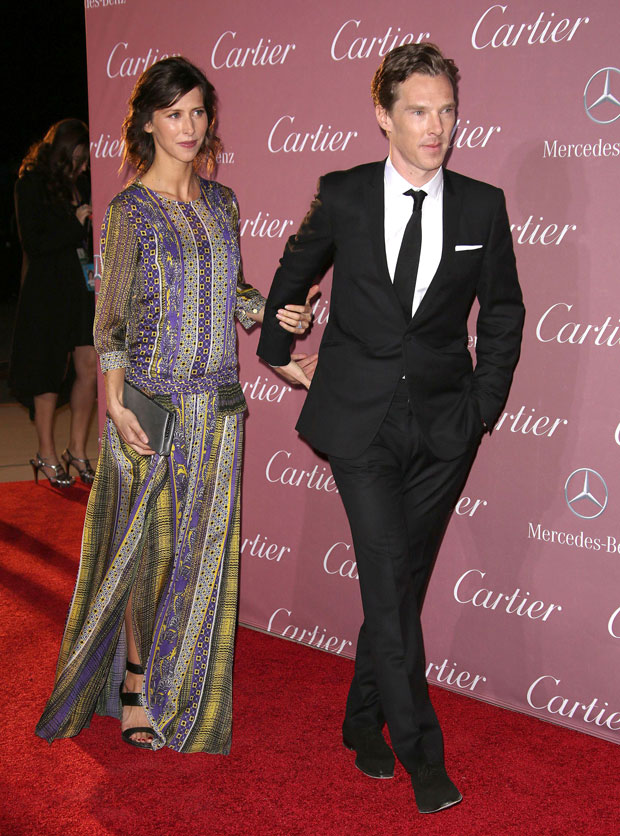 A representative has yet to confirm the baby news.