The mighty Marina Diamandis (a.k.a. Welsh musical firebrand Marina and the Diamonds) is back for another round of ambitious genre-melting pop courtesy of her latest release armed with a Toucan Sam friendly title. FROOT marks the singer-songwriter’s first new record since 2012’s bold concept album Electra Heart. We’re not only happy to have Marina and the Diamonds back in the pop mix, but we’re also thrilled to share that we have a stream of the new album from March 9-15 courtesy of Warner Music.

“In the past because I was new and I was someone who really needed praise, I very much listened to other people, perhaps when I shouldn’t have,”; offers Diamandis on her artistic journey. “So because of that, on FROOT, I wanted to write the entire record alone. I think one of the biggest challenges was saying what I wanted to do for once. Whoever you are as an artist, you have to know who you are so that you can do what you want to do… so that no one’s going to tell you what your identity is.”;

FROOT will be officially released on March 16, but you can listen to it here until March 15. Give it a listen and send us your 140 character (or less) review on Twitter. 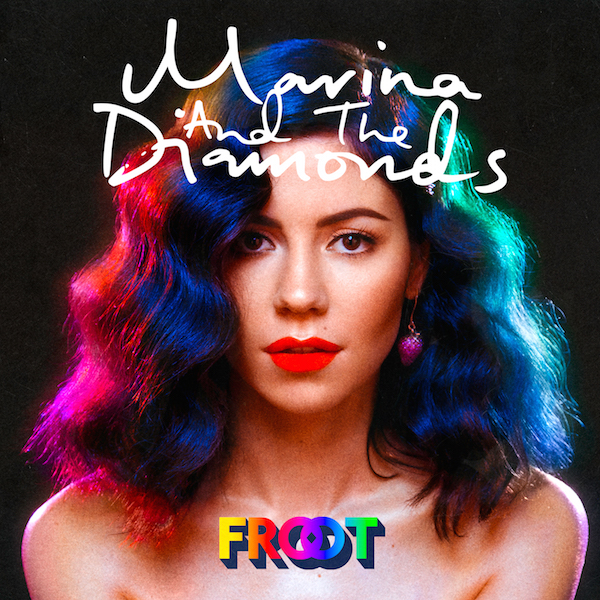 Album Stream Marina and the Diamonds