The actress, who has also appeared in Sons of Anarchy and Marvel’s Agents of S.H.I.E.L.D., posted some pictures of the devastation on Instagram.

“A hole where my NYC home of the last 22 years once stood,”; she wrote. “NYC’s finest trying to put out the flames to mine n many others apartments.”;

As TMZ reports, the explosion occurred Thursday at around 3:17 p.m. ET, sparking a fire that quickly spread to several buildings.  the resulting fire tore through several buildings, a mix of residential and commercial properties. The cause of the explosion is said to be “gas-related,”; and resulted in 19 people being injured, four of them critically. 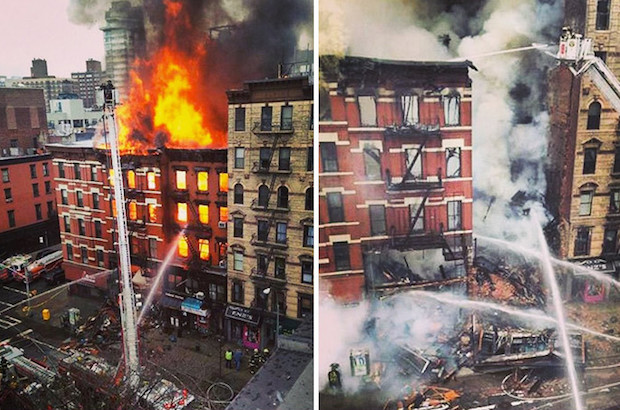