Usually it’s just Tea Party Republicans and Fox News commentators who fuss and pout about President Obama, but the Commander in Chief recently found himself dealing with a pint-sized critic who was also no fan of America’s president.

In this photo released by the White House, the president displays a somewhat bemused reaction to a toddler who launched into a full-on tantrum in the midst of a White House visit last month to celebrate Passover, pitching herself onto the floor at Obama’s feet.

The child, daughter of journalist Laura Moser, wailed away into the rug as the president gamely mugged for the camera: 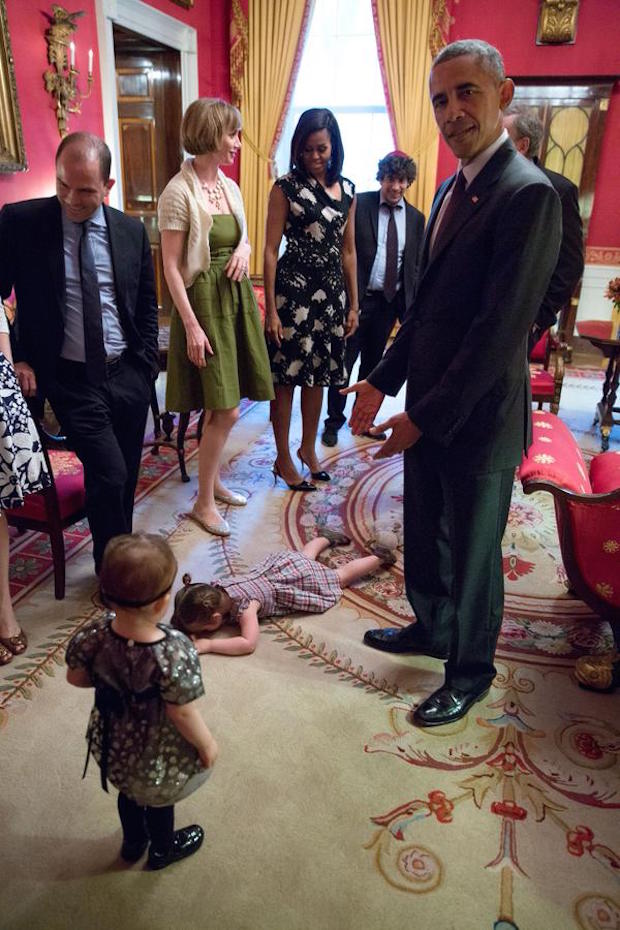 This really might be the best picture ever: my niece Claudia throwing a fit at Passover. pic.twitter.com/SU1r94QyTd