In James Corden’s latest edition of Carpool Karaoke, The Late Late Show host helped Iggy Azalea with her upcoming nuptials by making a detour to a wedding dress store. 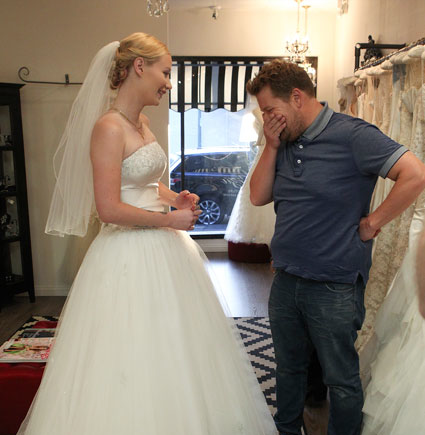 James and Iggy tried on gowns for tonight’s episode of The Late Late Show, as Iggy, 25, looked at options for her wedding to 30-year-old Los Angeles Laker Nick Young.

Iggy became engaged earlier this month and she recently told Australia’s Today show that she already had something in mind for her dress.

“I think I’d like something very glamorous and big … maybe a big, long train,”; Iggy said. “I think when you are a celebrity you get to — fortunately — go on red carpets so much and wear the sexy silhouette gown, so I’ve worn my fair share of those, but don’t ever get to wear something big with the train. I might do the whole thing.”; 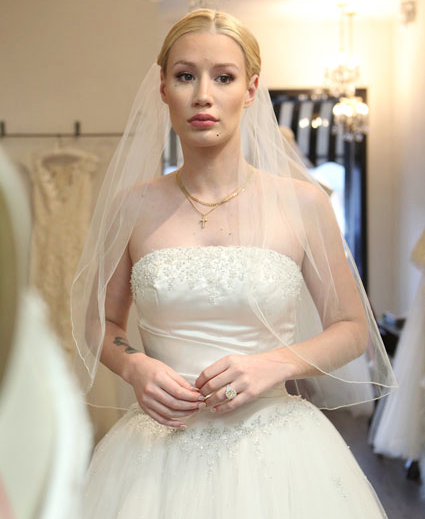 The rapper announced that the wedding is at least a year away, but she’s wasted no time in starting to prepare.

“I didn’t know how early you have to start planning a wedding!”; she joked.

Nick proposed to Iggy at his 30th birthday party in Malibu, Calif., presenting his future bride with a $500k engagement ring. 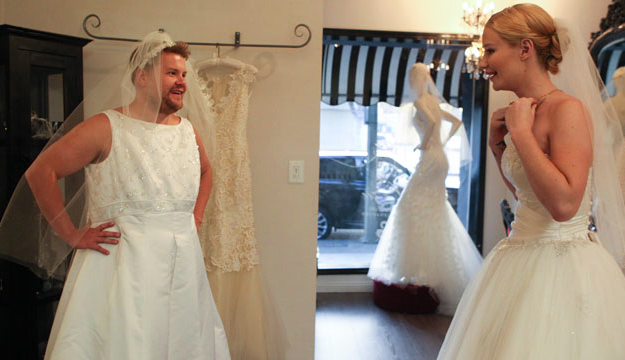