WARNING: Spoilers ahead for the Dec. 6 episode of W Network’s “The Bachelor Canada”.

It’s down to the final two: Lyndsey and Mikaela.

After saying goodbye to Catie, Chris takes his remaining Bachelorettes to Mexico, in hopes of returning home with a fiancee. Will he propose to Lyndsey, the girl next door with the in-laws from hell, or Mikaela, the picture-perfect sweetheart for whom Chris questions the strength of his feelings?

To help gain clarity, Chris takes Mikaela aboard a pirate ship – fully furnished with choreographed pirates – where they discuss the upcoming proposal. While she’s confident about their relationship and feels she should receive a ring, Chris admits to being “confused” – a major red flag at this stage in the game. 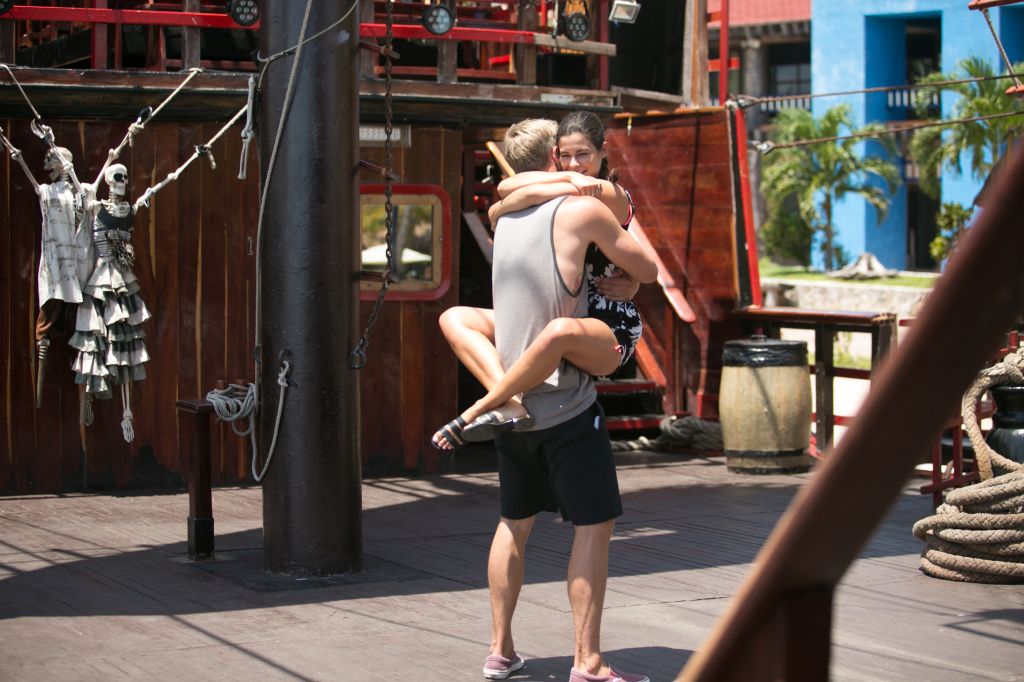 RELATED: Hometown Dates End With A Literal Jaw-Dropper On ‘The Bachelor Canada’

“I wake up in the morning and I feel like I should want to be married to Mikaela,” Chris says, “but there’s just this little thing inside of me that’s just like, ‘There’s something missing.’”

Mikaela clearly senses the uncertainty coming from “Cold Feet Chris,” as he calls himself. During dinner, she tells him directly that his inner conflict is hard to swallow, and they discuss how they can move forward through challenges in their relationship. The two feel confident they’ve had a breakthrough, and Chris invites Mikaela to the fantasy suite. 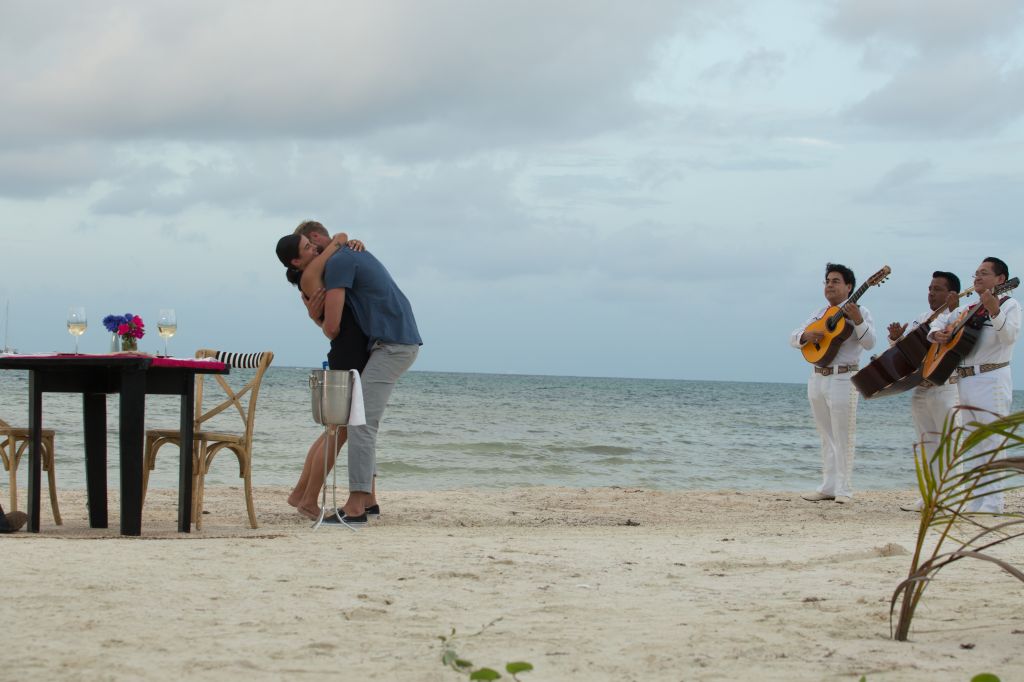 Next, it’s off to a clay spa, where Chris reunites with Lyndsey. After a hometown date that seemed less like a family dinner and more like a deposition, Chris admits that things are a bit awkward between the two of them. They finally discuss the visit, and though they admit that things with her family (and in general) may not always be easy, Lyndsey expresses that she’s firmly on Team Chris. In return, Chris reveals that he would be willing to move to Vancouver for her – a major point of contention with her family, particularly her sisters.

And speaking of Cinderella’s evil stepsisters Kelsey and Katryna, Chris addresses their warning not to invite their sister to the fantasy suite. He asks Lyndsey what she thinks of it, and while she appreciates her sisters looking out for her, she seemingly appreciates Chris’ sensitivity more.

“I’m a big girl, and I can make my own decisions,” she tells him as she accepts his invitation to spend the night together. 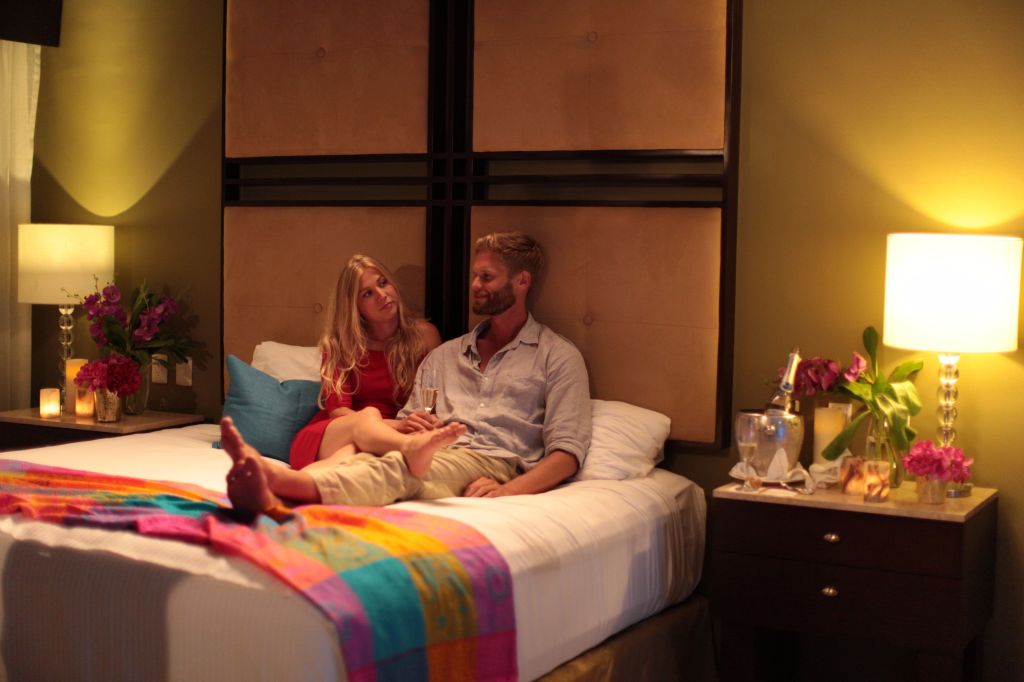 But there’s still business at hand – namely, introducing both women to Chris’ parents. With 40 years of marriage under their belts, Chris wants to get it right the first time. Mom and Dad seem to approve of Mikaela, but they raise concerns about Lyndsey’s age and geography (honestly, who hasn’t at this point?). Chris tells his father he could see himself living in Vancouver, but realizes it’s far from his aging parents’ home in Mississauga.

Uncertain about what to do, Chris turns to his mother, who resists telling him which of the women he liked best in order not to sway him. Instead, they discuss his tendency to close himself off, which he speculates has resulted in the squandering of past relationships – and fears will cost him a future with Lyndsey or Mikaela. 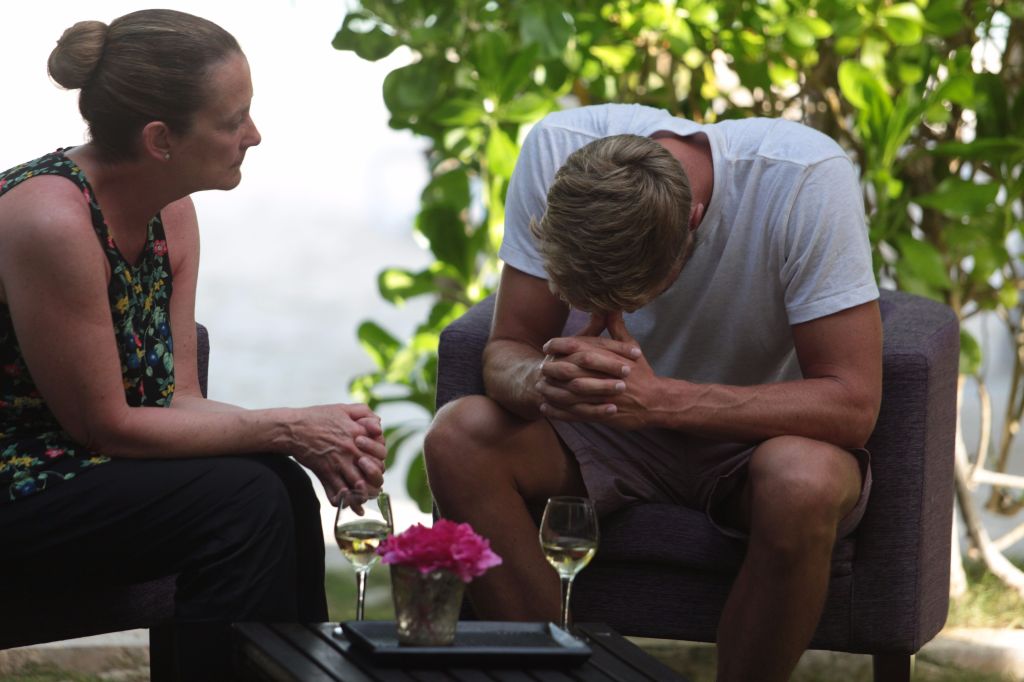 RELATED: Shania Twain Talks Prepping To Play The Grey Cup, Overcoming Fear To Live In The Moment On Stage

Will Chris be able to work through his “fear” of falling in love? And if so, which of the women will he propose to? Find out on the season finale of “The Bachelor Canada” Dec. 20 – but first, it’s the explosive “Women Tell All”, next Wednesday at 9 p.m. ET/PT on W Network!