Sports Illustrated held its annual Sportsperson of the Year ceremony on Tuesday, and featured a special, unannounced visit from Beyonce, who turned out to present NFL star and political activist Colin Kaepernick with the prestigious Muhammad Ali Legacy Award.

The “Formation” songstress paid tribute to Kaepernick in her introduction, and shared her appreciation for the outspoken, public political gesture he started when he took a knee during the national anthem during the 2016-17 NFL season, protesting police brutality and racial inequality. 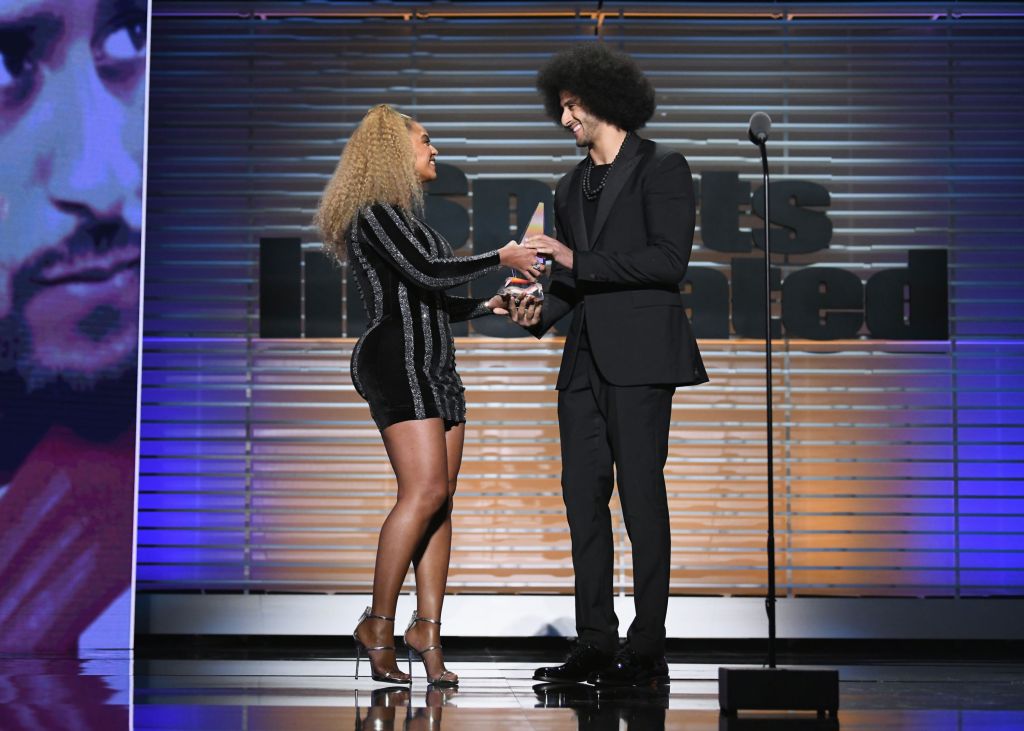 “It’s been said that racism is so American that when we protest racism, some assume we’re protesting America,” she continued. “So let’s be very clear: Colin has always been very respectful of the individuals who selflessly serve and protect our country and our communities and our families. His message is solely focused on social injustice for historically disenfranchised people.”

Beyoncé makes a surprise appearance at the Sports Illustrated Person of the Year event to present @Kaepernick7 with the Muhammad Ali Legacy Award. pic.twitter.com/87y4exrtes

Kaepernick thanked Beyonce while accepting the award, explaining that he was “beyond humbled” to be introduced by the singer, and to be receiving the award.

“I say this fully aware of the importance of the virtues of modesty, humility and forbearance as to their chosen spiritual path. I say this as a person who receives credit for using my platform to protest systemic oppression, racial injustice and the dire consequences of anti-blackness in America, as if these issues were born when I first began silently protesting police killing unarmed black and brown people. I stand on the shoulders of giants.”

Kaepernick’s form of silent but powerful protest led to some accusing him of insulting the flag and the members of the armed services, while others lauded the gesture for its message and profound impact.

Kaepernick, now a free agent, went unsigned during the current NFL season. However, many other players began taking a knee during the anthem to protest the current political climate. The gestures have earned the ire of some NFL fans, as well as President Donald Trump, earlier this year.

NEWS: Colin Kaepernick to Donate $1 Million After Kneeling in Protest of the National Anthem