He stopped playing “Star Trek”‘s Captain Jean-Luc Picard over 20 years ago, but Sir Patrick Stewart has said he would consider reprising the role… on one condition.

Despite the 77-year-old being reluctant when asked whether his character would ever return to the screen, he eventually admitted there was one possible way he’d wear that uniform one last time.

Stewart told Variety, “Oh, Lord. I cannot think of another instance in which that might happen. My feeling is I hung up the space suit and left all that behind a long time ago.”

“Maybe if someone came up with a brilliant idea, I’d do it,” he continued. “One thing that might interest me would be to bring all the existing casts of ‘Star Trek’ from the last 50 years together for one big story.” 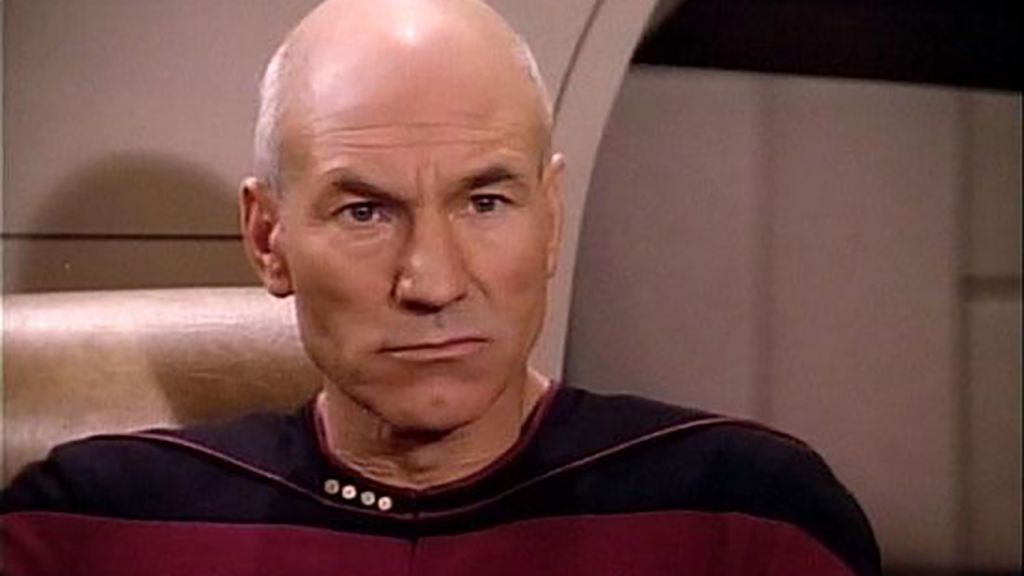 Stewart’s 176-episode run in “Star Trek: The Next Generation” catapulted him into the limelight, but he previously said he had his doubts about whether the series was going to be a success.

Speaking to the AV Club, the actor said: “My agent in Hollywood… he assured me, ‘Don’t worry, this thing isn’t going to work. You’ll be lucky to make it through the first season.'”

“‘You cannot revive an iconic series like ‘Star Trek’, so you know, come over and make a bit of money for the first time in your life, get a suntan then go home.'”