WARNING: Spoilers ahead for W Network’s “The Bachelor Canada: Women Tell All”.

Chris may have narrowed down his options to Mikaela and Lyndsey, but the rest of the women from this season of “The Bachelor Canada” have plenty of unfinished business.

All our favourites from the past nine weeks are back for the “Women Tell All” and they’re telling their side of the story – starting with Shanti. 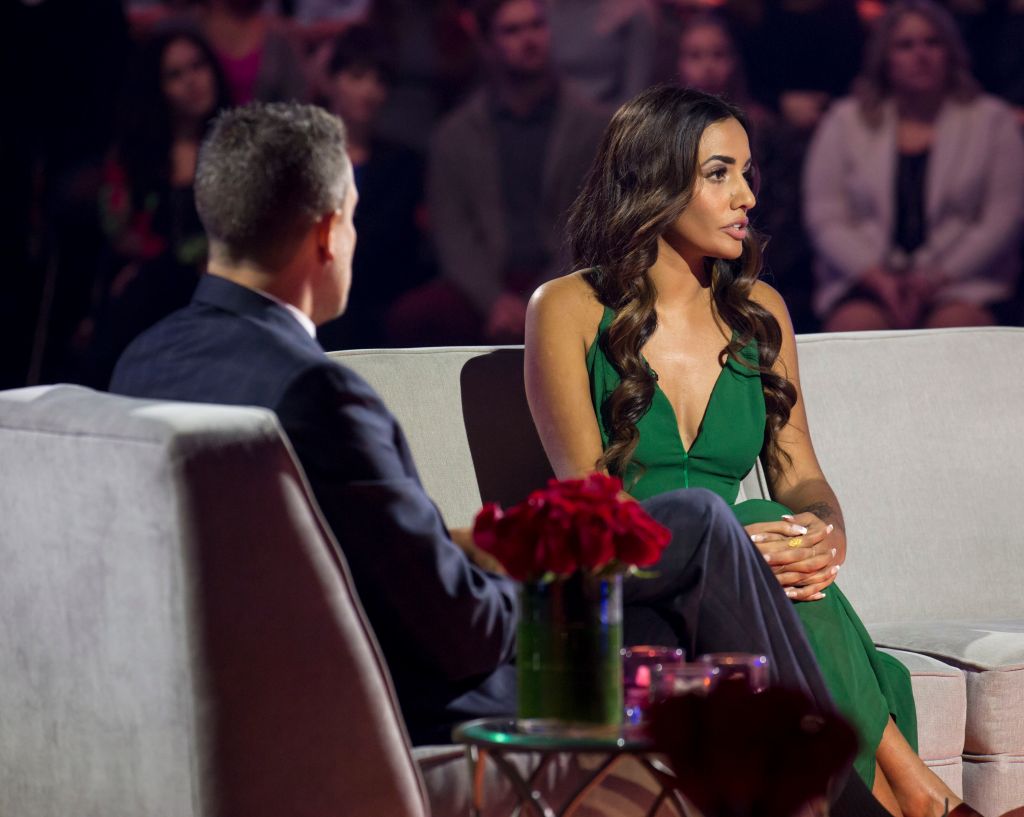 The self-described former model receives a lukewarm response from the audience and the other women – to say the least – though she’s clearly amused by her highlight package, laughing throughout and even deeming it “funny.” She also addresses her characterization as the villain of the season.

“I don’t have to carry it, and I don’t have to fight it, either,” she tells host Noah Cappe, although moments later, she does just that. When Lisa chimes in alleging that Shanti called her a “spoiled, privileged princess,” the 31-year-old snaps back to declare, “I don’t really care what you have to say.”

Brittany W. also weighs in to support Lisa’s claims, noting that she was initially friendly with Shanti – to which Shanti hisses back, “Just ‘cause someone’s nice to you when you talk to them, doesn’t mean that they’re your friend. I just tolerated you.” Ouch. 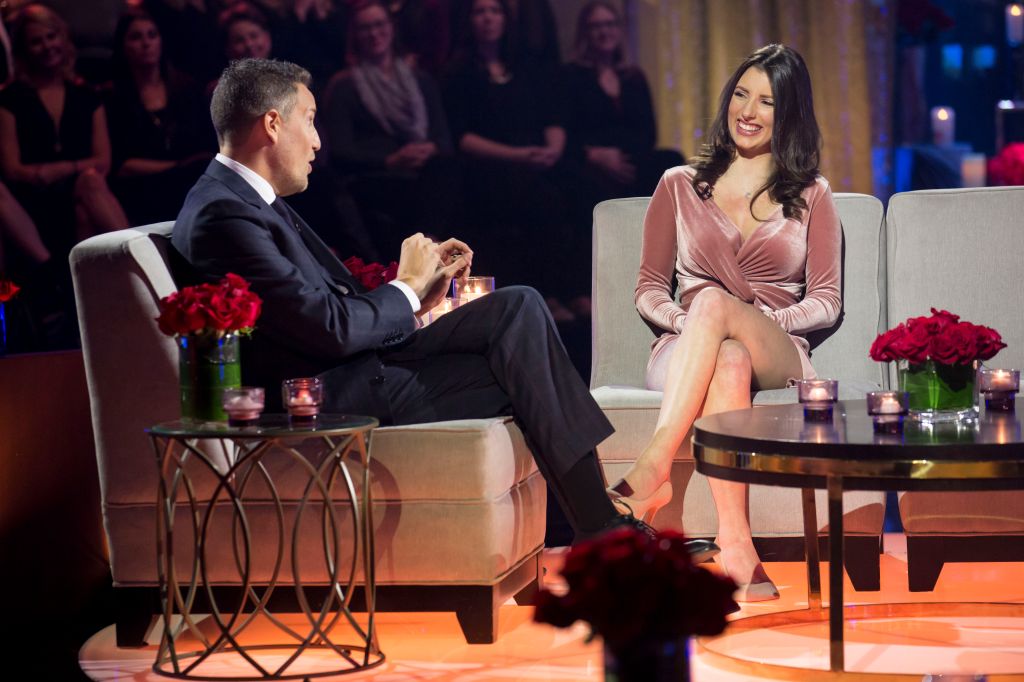 While Shanti may not be embraced with open arms, Meghan’s one-on-one with Noah showcases why she became a fan favourite. As the Deer Lake, NL native emotionally recalls overcoming her insecurities on the show, her fellow Bachelorettes agree, with Dee calling her “a little sister” and Jessie declaring that she “found herself.”

Meghan also tells Noah precisely why she thinks she was ultimately sent home: her conflict with Brittany M.

“I feel like he didn’t like the drama that was in the house,” she says, explaining that Chris may have felt as though she couldn’t let the situation go once Brittany exited. 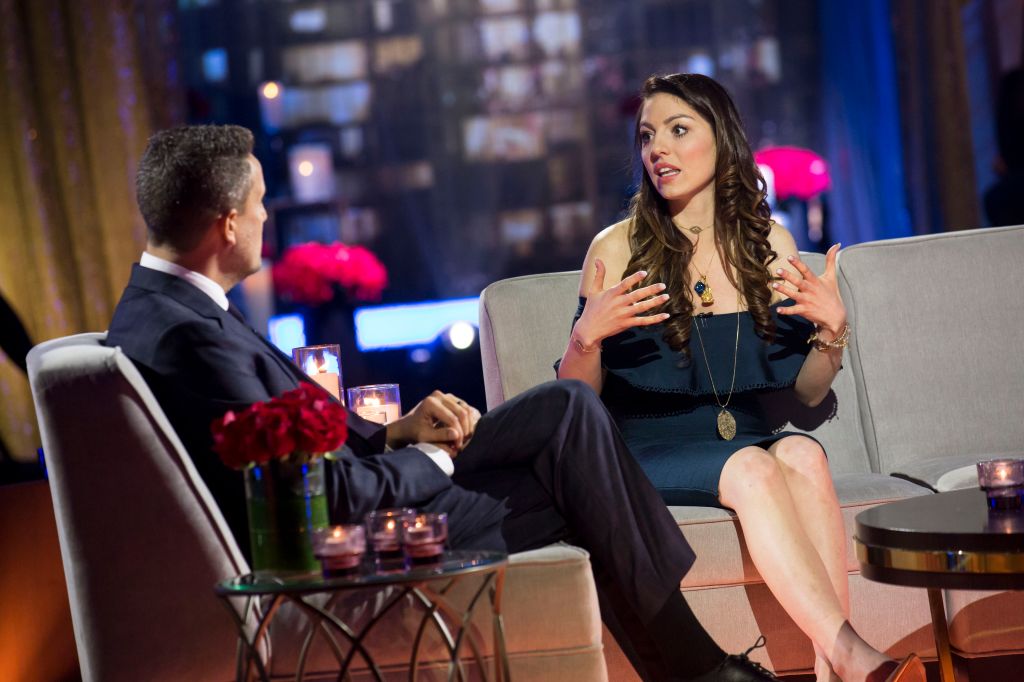 RELATED: Britney Spears Gets Locked Out Of Her Own House, Tweets Hilarious Reaction

But there are two sides to every story, and Brittany definitely remembers things differently. Though Meghan describes the pageant queen as “condescending,” Brittany insists she was simply trying to offer encouragement, explaining, “I would never, ever want to tear anybody down.” She also addresses her abrupt exit at the heat of the tension with Meghan, calling her decision to leave her “biggest regret.”

Catie, on the other hand, is less remorseful, telling Noah she embraced both the fun times and the “cringe moments” as a viewer – including that unforgettable jaw-drop moment during her final rose ceremony.

“I’ve never been more shocked in my entire life,” she admits, citing the “validation” Chris gave her and their relationship both on-camera and off.

Chris then joins her onstage in their first reunion since he ended their romance, and Catie admits that she was doing “a lot of talking” during their courtship rather than listening. For his part, Chris says, “[The relationship] was real, it’s just, you know, there [were] other people involved.” 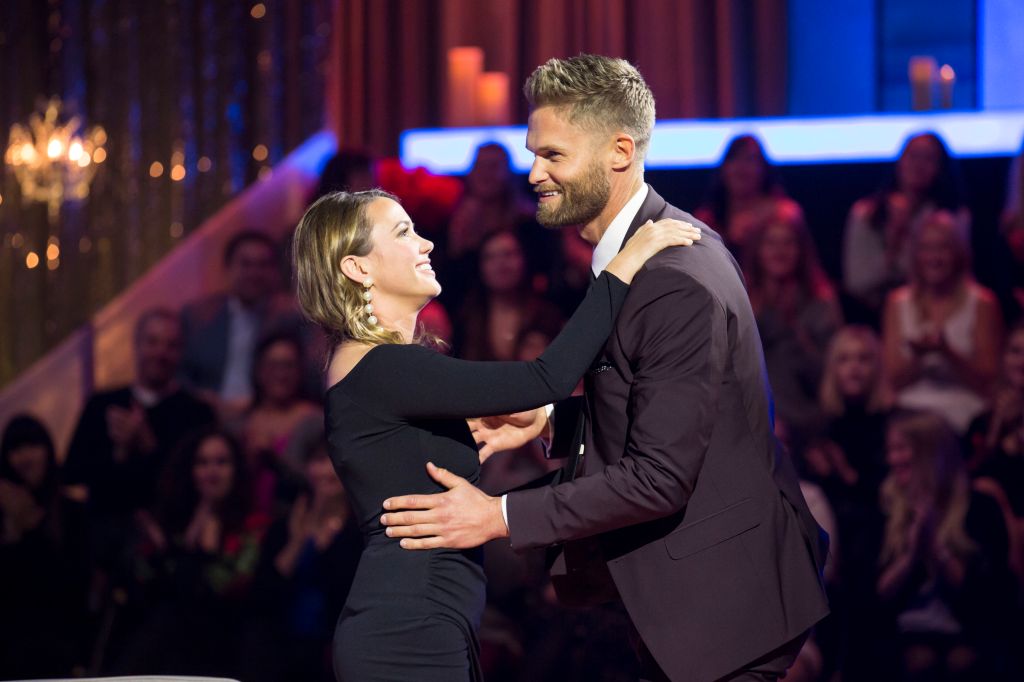 And those “other people” aren’t about to let him off the hook. While Chris thanks all the women for “going on that journey with [him], however long or short it was,” he still faces questioning from Kait, Meghan, and Dee, who can’t quite understand why she was sent home so early after receiving the coveted First Impression rose on the first night.

Noting that the single mom was looking for clarity that he didn’t have, Chris explains, “I just felt like our connection was kind of, like… kind of at a standstill.” He concludes by telling the women, “Maybe we can be friends someday.” 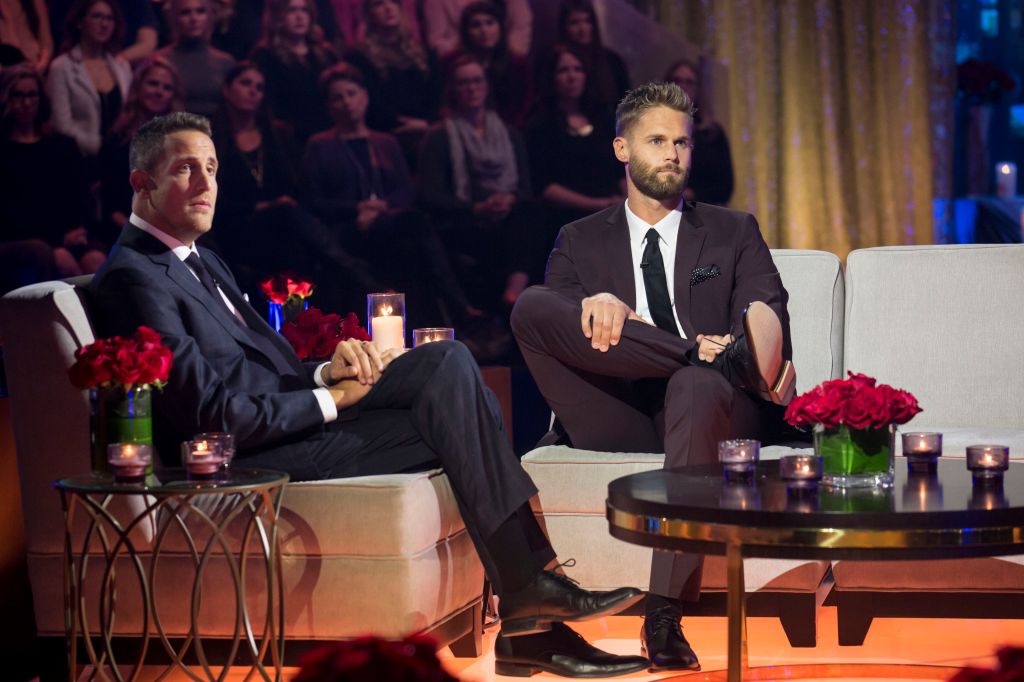 But before that happens, he still has a major decision to make: Mikaela or Lyndsey? Tune into the season finale of “The Bachelor Canada” Wednesday at 9 p.m. ET/PT on W Network to find out who receives Chris’ final rose.