Halle Berry has insisted she’s “done with love” after splitting with her boyfriend of several months, Alex Da Kid.

Berry, 51, and the music producer, 35, are said to have called it quits just days after he was spotted with a mystery woman at Catch in Los Angeles.

The actress took to her Instagram story Wednesday to share a picture of a rope in the shape of a heart, alongside the caption: “Done with love” and three muscle emojis. 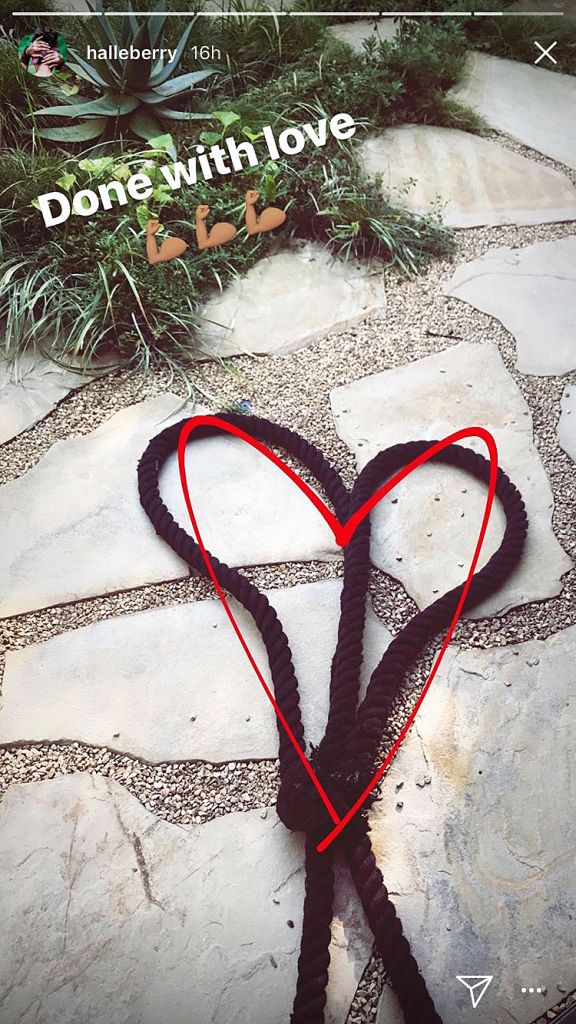 She also shared a snap of the back of her head, admitting in the caption that “every day isn’t perfect.”

Her post comes after an eyewitness told Us Weekly of Da Kid and his dinner date, “They weren’t holding hands but it looked like they were there together as a couple. He pointed her to his car when they left and they stood really close to each other.”

They then attended Treats! Magazine‘s Halloween Party together at The Mayan in L.A. in October.

RELATED: Halle Berry Says She Got Fired As A Bartender When She Was Underage, But That’s Not Why!

The split came just a couple of weeks after the pair went on a luxurious vacation together to the Tahitian Isle, Bora Bora.

According to Gossip Cop, Berry – who has previously been married to David Justice, Eric Benet and Olivier Martinez, whom she shares son Maceo, 4, with, as well as having daughter Nahla, 9, with ex-boyfriend Gabriel Aubry – then decided to end the relationship “shortly after” they returned.