While he continues to mourn the loss of former Beatles bandmate John Lennon, Paul McCartney admits that Lennon’s 1980 murder left him feeling “frustrated”; when the rock icon’s tragic death elevated him to “martyr”; status on the level of James Dean and JFK.

In a new interview with Esquire, Sir Paul says that Lennon’s murder resulted in a new public perception of The Beatles, with John now seen by many as the band’s guiding light and visionary, and not one of four equal members.

“Post-Beatles George did his record, John did his, I did mine, Ringo did his. We were equal,”; says Sir Paul. “When John got shot, aside from the pure horror of it, the lingering thing was, OK, well now John’s a martyr. A JFK.”;

He adds: “So what happened was, I started to get frustrated because people started to say, “Well, he was The Beatles’. And me, George and Ringo would go, “Er, hang on. It’s only a year ago we were all equal-ish.'”;As Paul points out, John’s experimentation and boldness to try new things sometimes resulted in musical brilliance… but sometimes not. “Yeah, John was the witty one, sure. John did a lot of great work, yeah. And post-Beatles he did more great work, but he also did a lot of not-great work,”; says Paul. “Now the fact that he’s now martyred has elevated him to a James Dean, and beyond.“So whilst I didn’t mind that — I agreed with it — I understood that now there was going to be revisionism. It was going to be: John was the one.”;

You can read more of Paul McCartney’s interview in the July issue of Esquire. 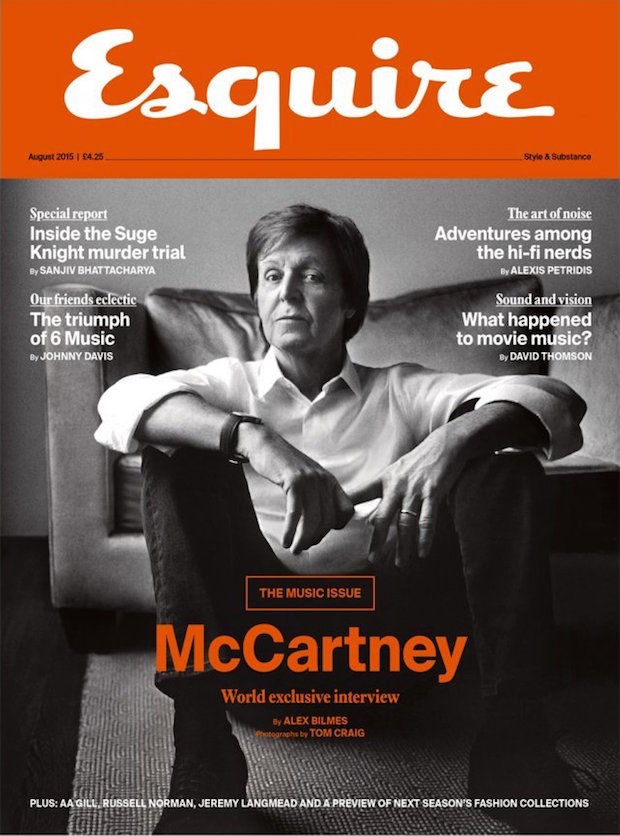