One of the fall TV season’s most anticipated new series is Limitless, a revamped small-screen take on the Bradley Cooper blockbuster, and ET Canada’s Rick Campanelli caught up with Limitless star Jake McDorman on the red carpet at Comic-Con to discuss the show, which premieres on Global in September.

McDorman plays Brian Sinclair, a down-on-his-luck musician who unlocks the unlimited potential of the human brain when he pops a mysterious pill. If that sounds familiar, it’s because the same thing happened to Bradley Cooper’s character in the film, and Cooper will be reprising his role in the series on a recurring basis (he’s also an executive producer). 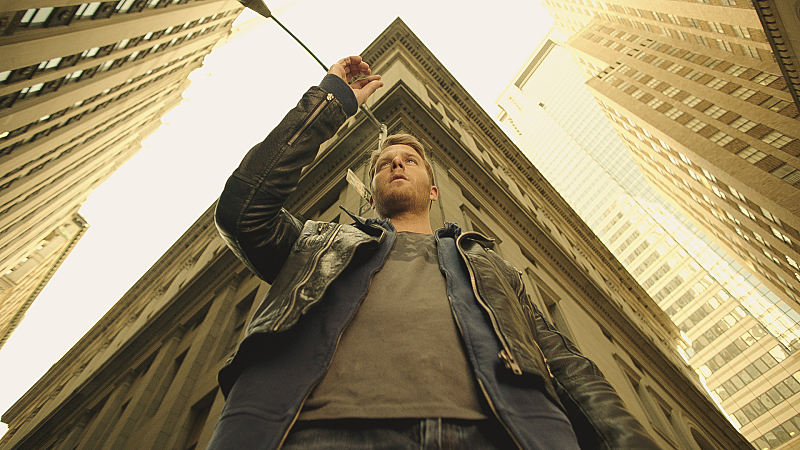 “The show is just an extension of the movie,”; McDorman explains. “That was something that was really, really cool. If it was like remaking Limitless the film… that would be a lot different.”;

As for Bradley Cooper’s involvement, McDornan describes it as intensively hands-on. “[Bradley Cooper] was really involved during the whole pre-production phase, and during shooting,”; he says. “The fact that he’s playing Eddie Morra in our show, kind of picking up right where the movie left off, just from a different perspective makes it really exciting!”;

Limitless premieres Tuesday, Sept. 22 on Global; until then, catch more of Rick’s interview with Jake McDorman on tonight’s ET Canada, airing at 7:30 p.m. ET/PT on Global.