Who knew killing people (compassionately) could be so complicated?

In Season 2, things certainly ramp up on Global hit show “Mary Kills People.” Caroline Dhavernas is back, reprising her “killer” role as Mary; this season, she becomes even more entangled in her illegal work, risking her family and medical career as she tries to keep her worlds separate and her daughters safe.

But secrets can only be hidden for so long — the mysterious Olivia (Rachelle Lefevre) approaches Mary and Des (Richard Short) with a deadly request. Then, personal and professional worlds collide when Ben (Jay Ryan) returns, knee-deep in a complicated undercover case. Ben’s investigation will collide with Mary’s criminal descent, forcing Mary to decide whether to come clean once and for all.

Global News spoke with Dhavernas in Toronto, and she gave us some details on the upcoming six-episode season.

Global News: Great news that the show has a second season!

Caroline Dhavernas: Oh, I know, I’m so happy that we’re back. Season 2 is even darker and more condensed. It was intense. It was a whirlwind.

The show is such a dichotomy: the light vs. the darkness, the comedy vs. the drama. Do you think this originality is one of the reasons for its Season 2 pickup?
I think so. That’s why I was drawn to it in the first place. I loved how smart it was, how the authors trusted the audience to understand its different tone, different subject matter that had never been broached on television before. They’re brave for doing that, for not being scared of approaching death… treating it as something we can even laugh at! [Laughs] I think that’s a very healthy thing to do.

It’s such a massive, complex issue. What I love about “Mary Kills People” is it doesn’t pretend to give us the right answer. It’s grey. It also doesn’t preach. Is it the same in Season 2?
Exactly. I love that you said that, because I was sometimes asked, ‘Is she doing good or bad? Is she a killer? Is she a good doctor?’ I can’t give that answer, and I don’t want to give that answer, necessarily. I think the grey zones are what make this show interesting.

But yes, in Season 2 she really spirals into this criminal world, more than ever. She becomes a bit more dangerous because she has to survive. Her family life is at risk, yet again… the tone is a bit darker than Season 1, which is interesting because the stakes had to be higher. We have new characters, which is also fun.

This show is full to the rafters of Canadian actors and talent — yet another thing to love about it.
From New Zealand and England as well… we’ve got a bit of everything.

It’s a Commonwealth show, then.
Exactly, yes. [Laughs] We can call it that. I’m very proud of it and I can’t believe this is Tara Armstrong’s first professional TV show. [Armstrong is the creator and writer of the series.] I can’t believe how smart she was to just dive into it. Doing a Season 2 is also a challenge for everyone. 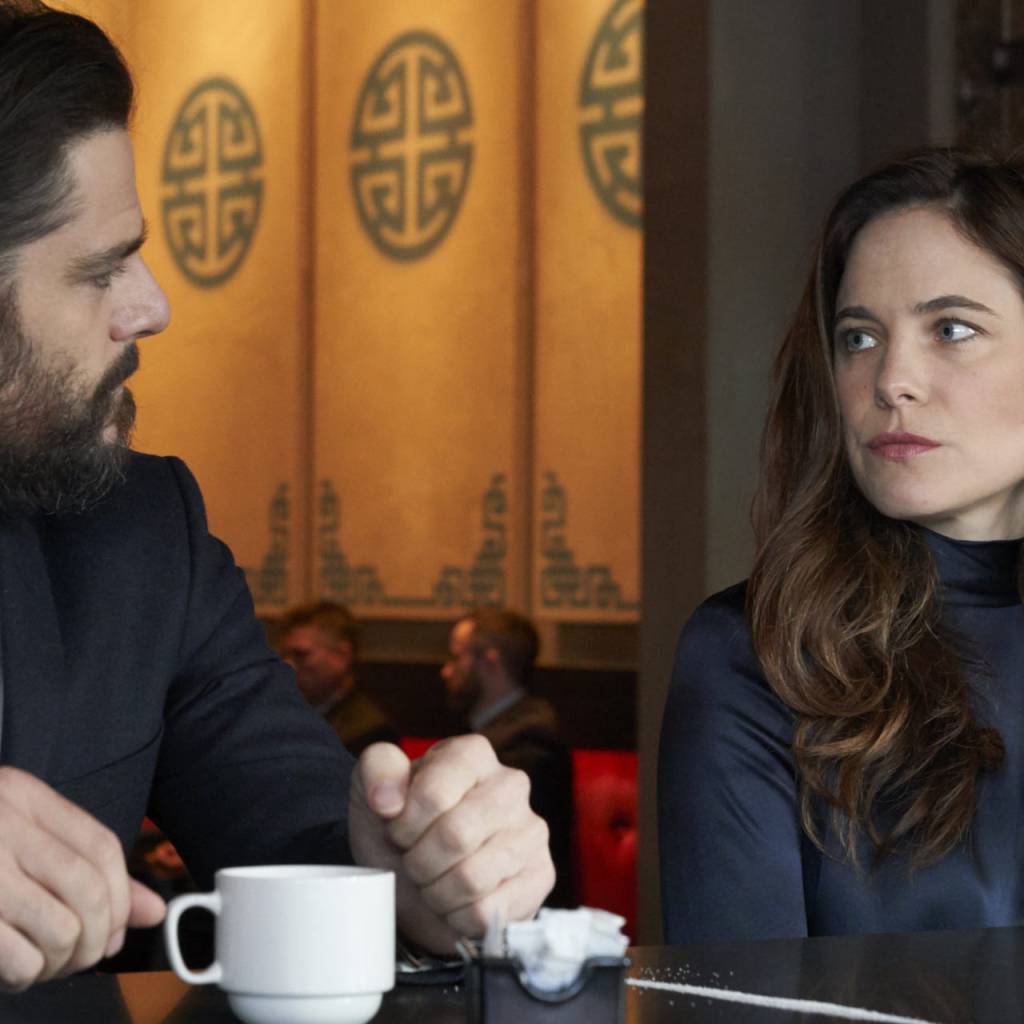 What’s going on in Mary’s head this season?
She’s starting off Episode 1 working on her own, because Des has in been in prison. He really took one for the team. She realizes that she was having a good time doing things on her own, at her own pace. Sometimes they butt heads over who deserves to die, and how. They disagree a lot in Season 2. Des, who was the heroin addict and had a hard time in Season 1, becomes the moral compass for Mary in Season 2. It’s a very smart choice, I think, to make him the more solid presence.

READ MORE: Katy Perry fan arrested for allegedly stalking her, following her ‘all around the country’

Sometimes Mary reminds me of Nancy from “Weeds,” becoming consumed with that newfound power.
Yeah, there’s a part of Mary that enjoys the craziness of it all. She goes so far with it, and even when she gets in trouble, she continues to dive deeper. Part of her is self-destructive, that’s for sure.

While doing research on the show, I accidentally typed in ‘Mark Kills People’ instead of ‘Mary.’ It made me wonder, how different would this show be if it had a male protagonist, a male creator, or a male-centric writing team?
I think we’re trying not to make it about gender. It’s great to have a mostly female writing staff (there is one guy on the team, too)… in the past, we were talking about having scenes where women talk about other things besides men, right? This was definitely the case during Season 1. Producers would watch us doing a script reading and say, “Wow, it’s so nice to hear women talk about something else other than men.”

Maybe all the discussions that’ve been had in the media had an impact on the writers? I don’t know. But I’ve never made that effort, I’ve never imagined if Mark had killed people instead of Mary, but… I guess people have this image of women being more compassionate, being the mother, being caring, but I don’t know if that’s true. I think it’s an image we’ve all carried over the years. I never want to attribute certain qualities to gender.

Anything else about Season 2 that you want to highlight?
For people who really, really can’t wait for the first episode of ‘Mary Kills People‘s’ second season, it’s going to be online on Jan. 1. If you’re really hungover and need something to watch, there’s an option. [Laughs]