Anticipation is building for the late-summer premiere of Fear the Walking Dead, the upcoming companion series to the zombie-infested hit.

The whet our appetites, AMC has just released this exclusive new photo from the set of stars Cliff Curtis and Kim Dickens, who play Travis Manawa and Madison Clark, co-workers in an L.A. high school when a mysterious virus begins affecting the populace and transforming the dead into mindless “walkers”; with an unquenchable hunger for human flesh.

As the virus rapidly spreads, chaos erupts and society begins to break down as the authorities are overwhelmed by this horrific plague. 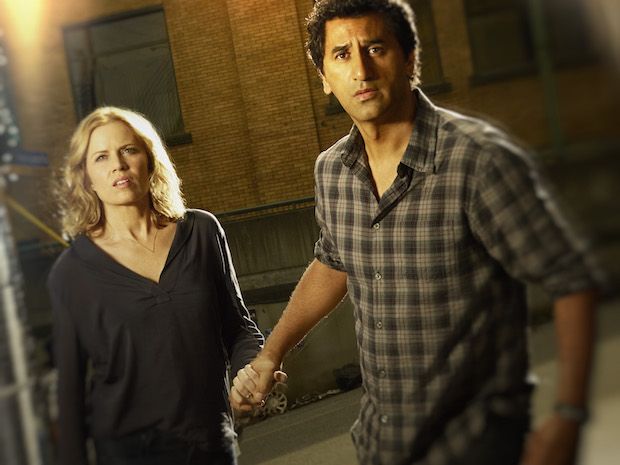 Fear the Walking Dead premieres Sunday, August 23 — and be sure to be on the lookout for a special ET Canada report next month, featuring footage from our visit to the show’s top-secret Vancouver set.

Until then, check out the extended trailer that debuted at Comic-Con: