Sheryl Crow Lashes Out At ‘The Four’, Labels Talent Show ‘Bogus’ And ‘Pretentious’

“The Four” hasn’t been on for very long, but Sheryl Crow has already decided she’s not a fan.

Crow, 55, tuned in Thursday to week 2 of the show, which stars Sean Combs, DJ Khaled, Meghan Trainor, and Charlie Walk as judges, and judging from Twitter, she was clearly less than impressed.

The musician had it in for Walk in particular, with her hitting out at the music executive for calling an artist a brand.

Regarding @TheFourOnFOX ::
Seriously!! Who the heck is Charlie Walk? An artist is not a brand, Charlie. That is what is wrong with the music industry. Bogus pretentious TV talent show.

RELATED: ‘The Four: Battle For Stardom’ Judges Talk Booty Calls And Secret Engagements In Tell-All Game Of ‘Never Have I Ever’

This isn’t the first time the judges have faced criticism on the new show, which sees four talented singers having to fight to defend their spot onstage.

An artist is a brand and a brand is a promise. #thefour

Combs and DJ Khaled were recently asked about critics at FOX’s TCA Press Tour, with them insisting they’re adding something new to the television talent show genre. 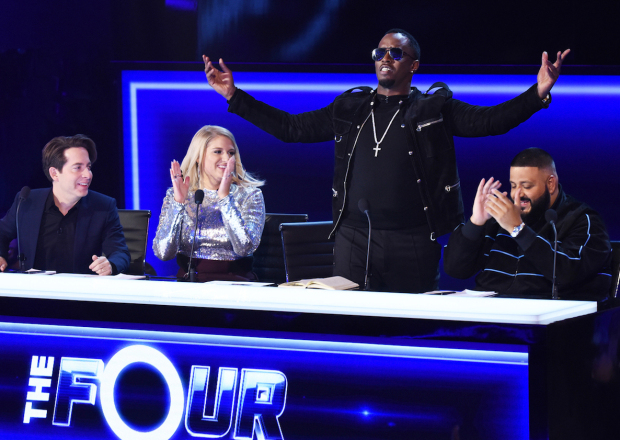 Combs commented, “As long as there’s music, this genre can continue to grow. We’re coming with a rambunctious, captivating…energy.”

Khaled then added, according to E! News: “You can’t put a cap on success and talent. There’s new talent that’s coming out every day. This is music we’re talking about. Music’s forever. It’s forever.”