Another day, another social media firestorm for Kim Kardashian.

The “Keeping Up With the Kardashians” star has been regularly criticized for everything from posting a topless photo on Instagram taken by her four-year-old daughter to wearing her hair in cornrows a la Bo Derek in “10”, and now the 37-year-old mother of three is taking heat over a meal she served her children.

As BuzzFeed reports, Kardashian cooked up controversy when she shared a photo on social media of her new culinary creation: hot dog sushi, writing in the caption: “When your kids love sushi & hot dogs you get creative #HotDogSushi.” 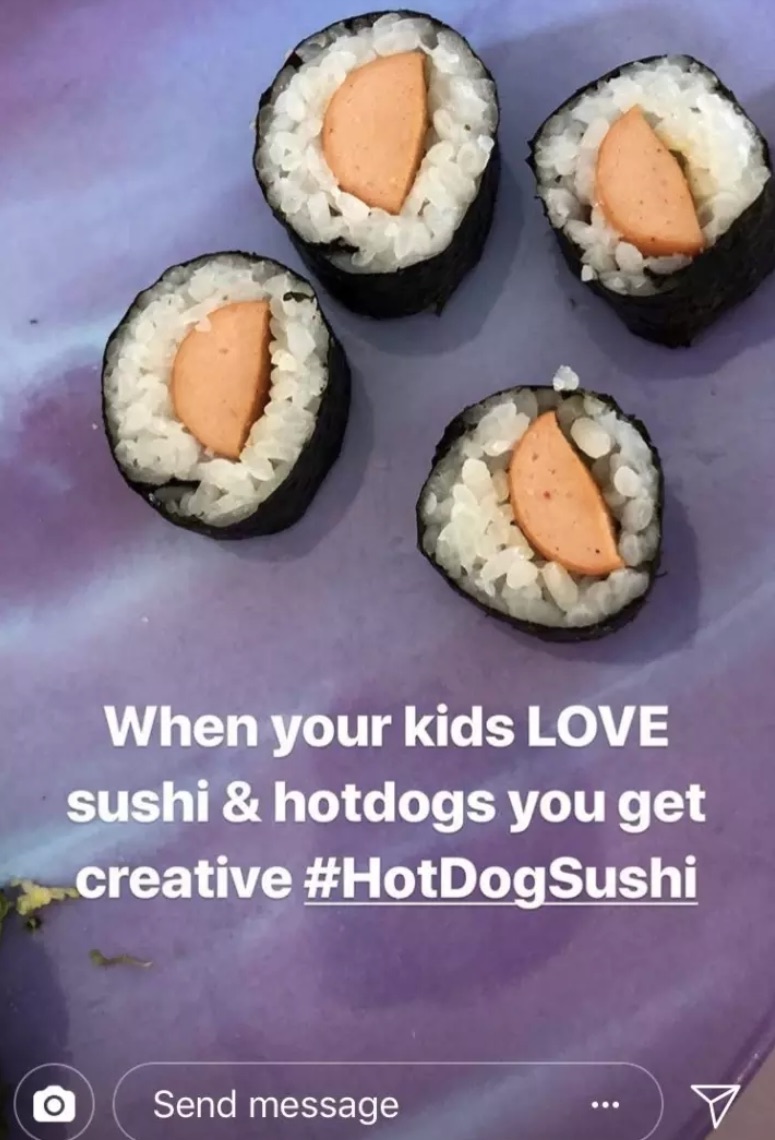 The image of a wiener chunk embedded within a sushi roll managed to turn many stomachs throughout the Twittersphere.

Excuse me while I go throw up

So is anyone gonna talk about @KimKardashian s hotdog sushi or

As BuzzFeed points out, not everyone took issue with Kardashian’s culinary creation: