As the gun-control debate continues to rage in the U.S. in the wake of the Florida school shooting, “Don’t Be Tardy” star Kim Zolciak-Biermann and husband Kroy Biermann presented their daughter with a gift for her 21st birthday that some might find controversial: a gun.

Brielle documented receiving the gift via Snapchat on Monday, reports People. “Look Kash gave me his present!” Brielle said when her 5-year-old brother handed her a box wrapped in Disney paper. “Should I open it? You can open it. Open it. What’d you get me? That’s literally the first thing he did.”

“It’s a gun?” she told her brother with apparent surprise. “You bought me a gun?”

“No, he did! Right there!” Kash responded, seeming to point at Kroy.

Later, she shared a photo of her shiny new weapon, writing, “rose gold gun!!! thanks papa.” 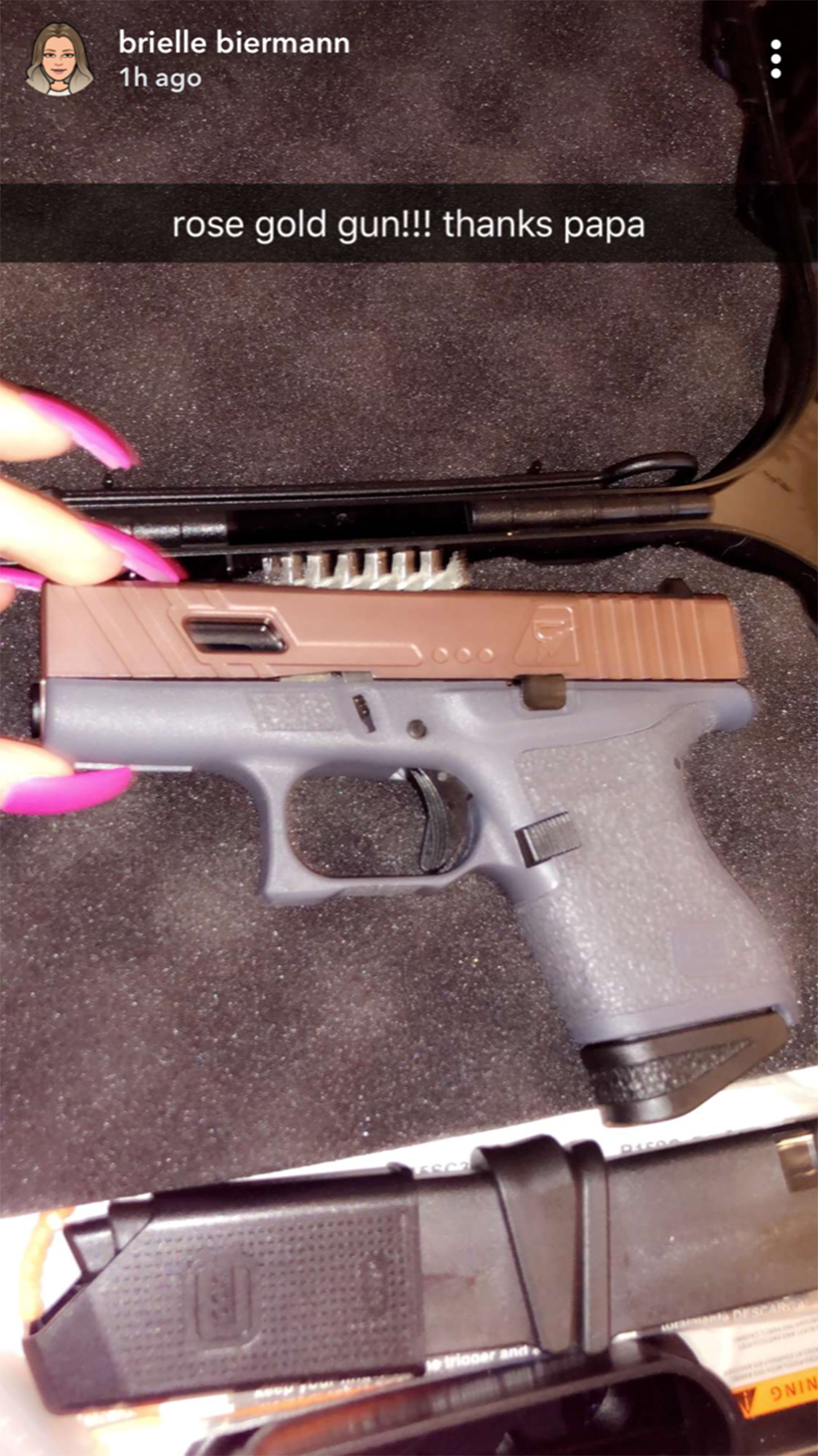