A musical performance from “Schitt’s Creek” has struck a chord with Canadians as Noah Reid’s unplugged cover of a Tina Turner classic is rocketing up the charts to become a surprise hit that nobody saw coming.

In a recent episode of the CBC comedy, actor Noah Reid, who plays Patrick the boyfriend of the character played by Dan Levy (who created the series with dad Eugene), delivered an intimate performance of Turner’s 1992 hit “Simply the Best” at an open mic night.

Reid’s emotional take on the song, accompanying himself on acoustic guitar, proved to be popular with the show’s viewers when it aired on Tuesday — so popular, in fact, that by Wednesday the song shot to #1 on the iTunes Canada soundtrack chart, and is currently in the top 10 of the iTunes Canada chart.

When you wake up to being #1 in the iTunes Canada Soundtrack chart… 😮🎶 @olreid #SchittsCreek pic.twitter.com/nJG7UNIOE8

In an interview with Yahoo, Dan Levy revealed that he and the show’s writers knew that Reid (who has a background in musical theatre, and previously starred in The CW series “Backpackers” and ABC Family’s “Kevin From Work”) had a great voice and had been working on a way to integrate his singing into the show.

“We just thought, What would be a great way to really show the audience that these two mean more to each other than they had initially expected or had ever thought,” Levy says. “We obviously went through a variety of different [ideas] — there’s the ‘Say Anything’ approach to showing up to the motel, but we didn’t know what to do with that. The idea of an open mic night [at David and Patrick’s shop] we found really funny because it’s so disturbing to David, the idea that anyone would find that entertaining or enjoyable. Then on top of that, have his boyfriend spearhead the whole thing and ultimately sing to him — we just thought it was such a great way to showcase David’s biggest fear and then ultimately reveal that he had nothing to worry about.” 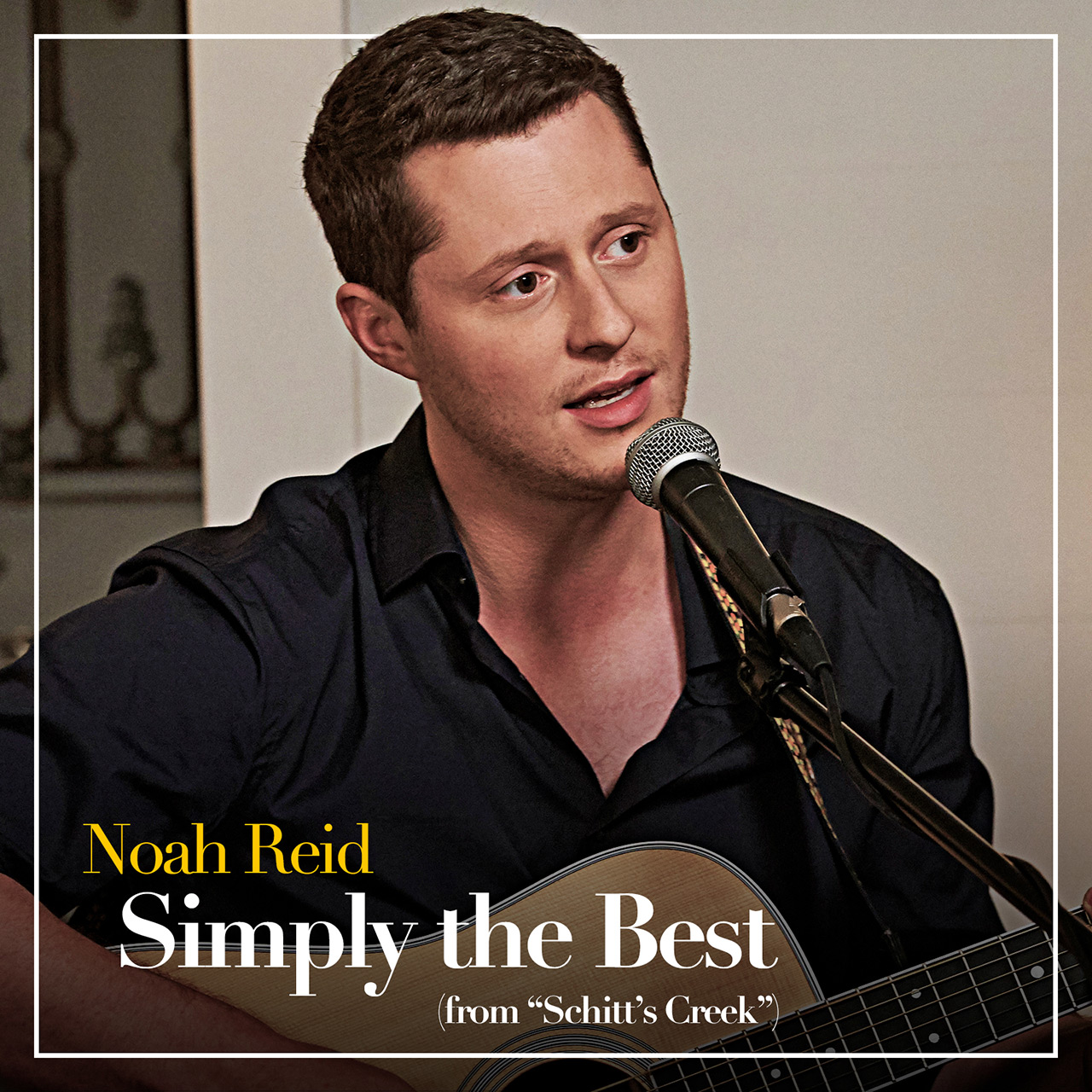 According to Levy, he chose the song but Reid came up with the arrangement.

“I called up Noah and said, ‘Here’s the situation. We want like a really slow, nice cover. Do you want us to coordinate how we do that or do you want to take a stab at it?’ He said, ‘No, no, no, let me play around with it for a bit.’ About a month later, I got this little mp3 sent to my phone where he was just sitting with an acoustic guitar and he sang the song,” says Levy.

“I would listen to that if it weren’t on my show,” he adds. “Needless to say, that moment far exceeded any of my expectations in terms of just how beautifully it turned out. That’s all thanks to Noah Reid.”

In a tweet, Levy revealed that any proceeds from the song will be donated to charities benefiting LGBT youth.

FYI profits from this sweet lil gem will be donated to @LGBTYouthLine in 🇨🇦| https://t.co/iCnAILjNTp

And @TrevorProject in 🇺🇸 | https://t.co/69oHNPcV4A

You can watch the full performance right here.

Eugene Levy On The Success Of ‘Schitt’s Creek’

Eugene And Dan Levy On The #CdnScreen16 Awards Red Carpet