Peyton Brown apparently worked on “Stranger Things” as a member of the crew, but in an Instagram post issued on Thursday indicated she won’t be back for season three due to allegations that she “personally witnessed two men in high positions of power on that set seek out and verbally abuse multiple women.”

Brown — who, according to her Instagram page, has also worked on such series as “The Walking Dead” — did not identify the people she was discussing, not the exact nature of the verbal abuse.

RELATED: Razzies ‘In Memoriam’ Remembers Harvey Weinstein And Others Accused Of Sexual Misconduct

“I promised myself that if I were ever in a situation to say something that I would,” she writes. “I have 11.5 thousand followers who can hear me say this, TIME IS UP.”

While Brown didn’t identify the people she was discussing, in a now-hidden reply to a comment to her post she confirms that she’s speaking about the Duffer Brothers, a.k.a. “Stranger Things” creators Matt Duffer and Ross Duffer.

In a response to another comment, she details the alleged behaviour, writing that “there was yelling, there were insults, there were threats and people were even fired or forced to quit because of them.” 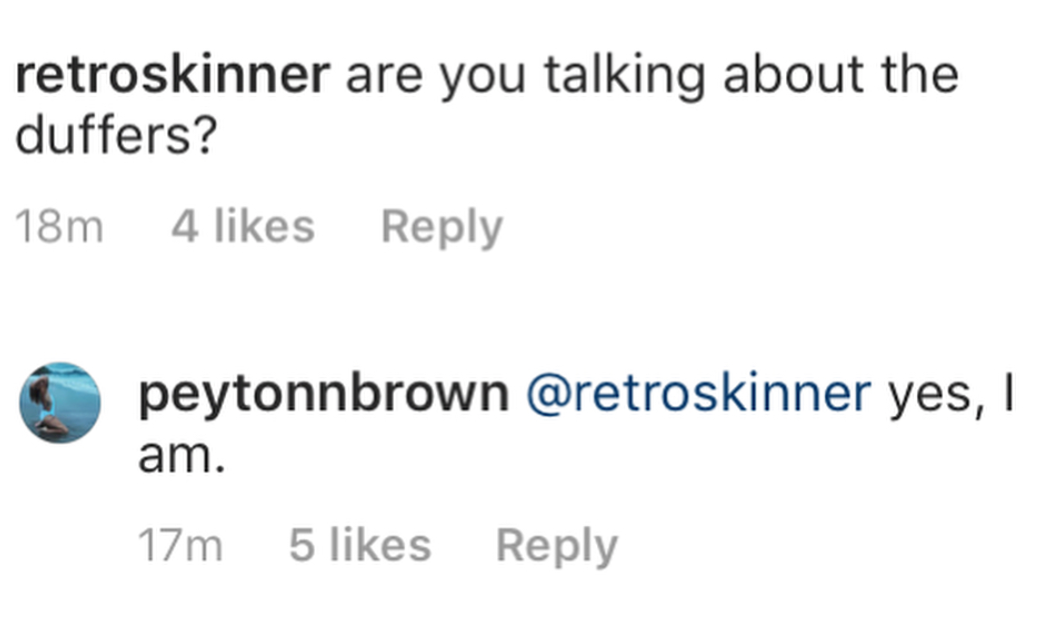 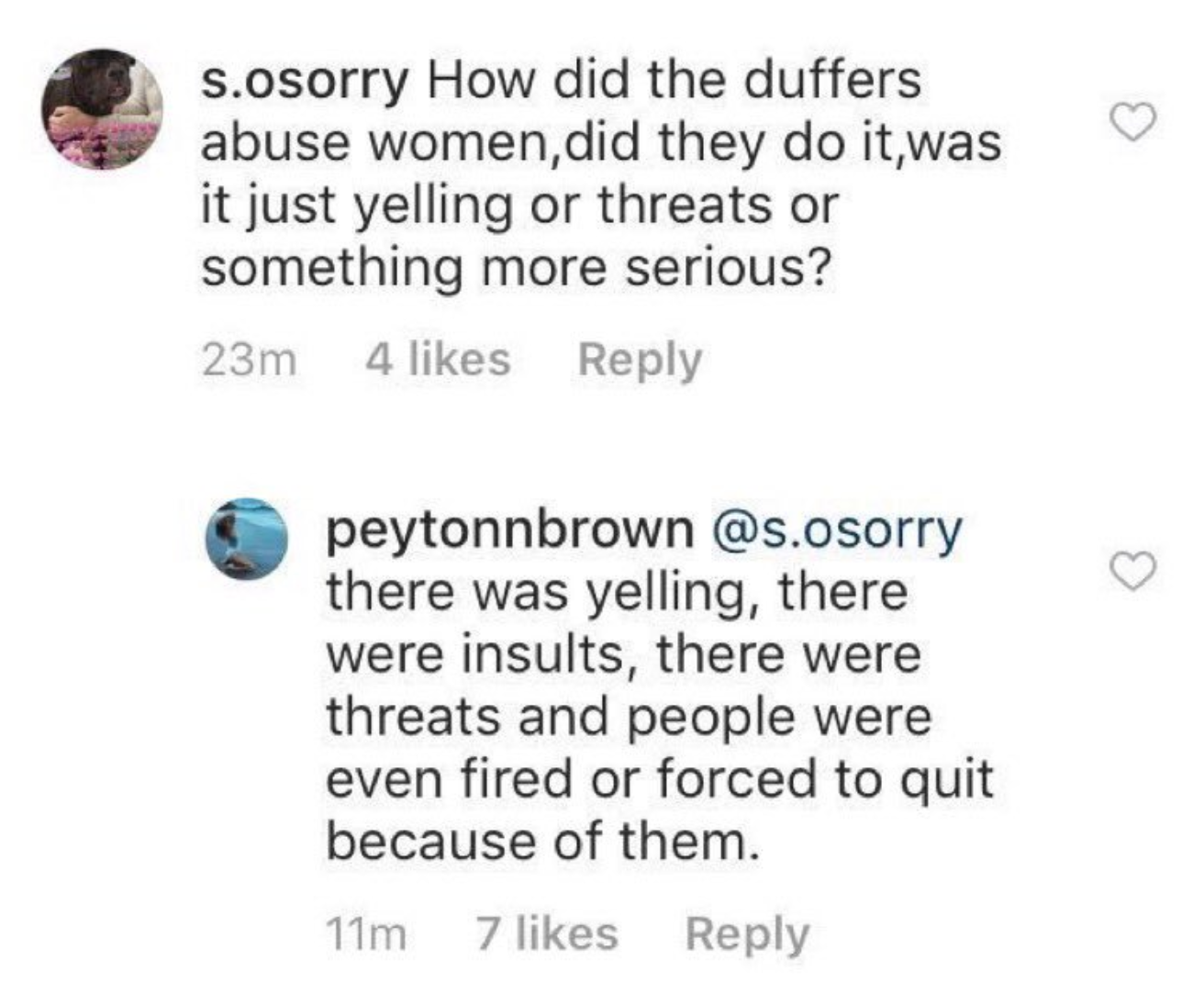 Peyton Brown is credited as a member of the camera department for nine episodes of “Stranger Things” on IMDb.

The Duffer Brothers responded to the allegations on Saturday in a statement to The Hollywood Reporter.

“We are deeply upset to learn that someone felt uncomfortable on our set. Due to the high-stress nature of production, tempers occasionally get frayed, and for that, we apologize,” said the brothers.

“However, we think it is important not to mischaracterize our set, where we believe strongly in treating everyone fairly regardless of gender, orientation, race, religion, or anything else,” they insisted.

Concluding, “We remain totally committed to providing a safe and collaborative working environment for everyone on our productions.”

Netflix also responded to the allegations: “We looked into the concern that was raised when we heard of the allegation on Thursday, and found no wrongdoing. Maintaining a safe, respectful atmosphere on set is important to us, and we know it is to the Duffer Brothers as well.”