Monday, March 26 is a momentous occasion in the world of daytime drama, marking the 45th anniversary of the iconic Global soap “The Young and the Restless”.

Making its debut on March 26, 1973, “Y&R” has entertained viewers with more than 11,000 episodes, along the way winning numerous awards and bragging rights as the top-rated soap for 29 consecutive years! 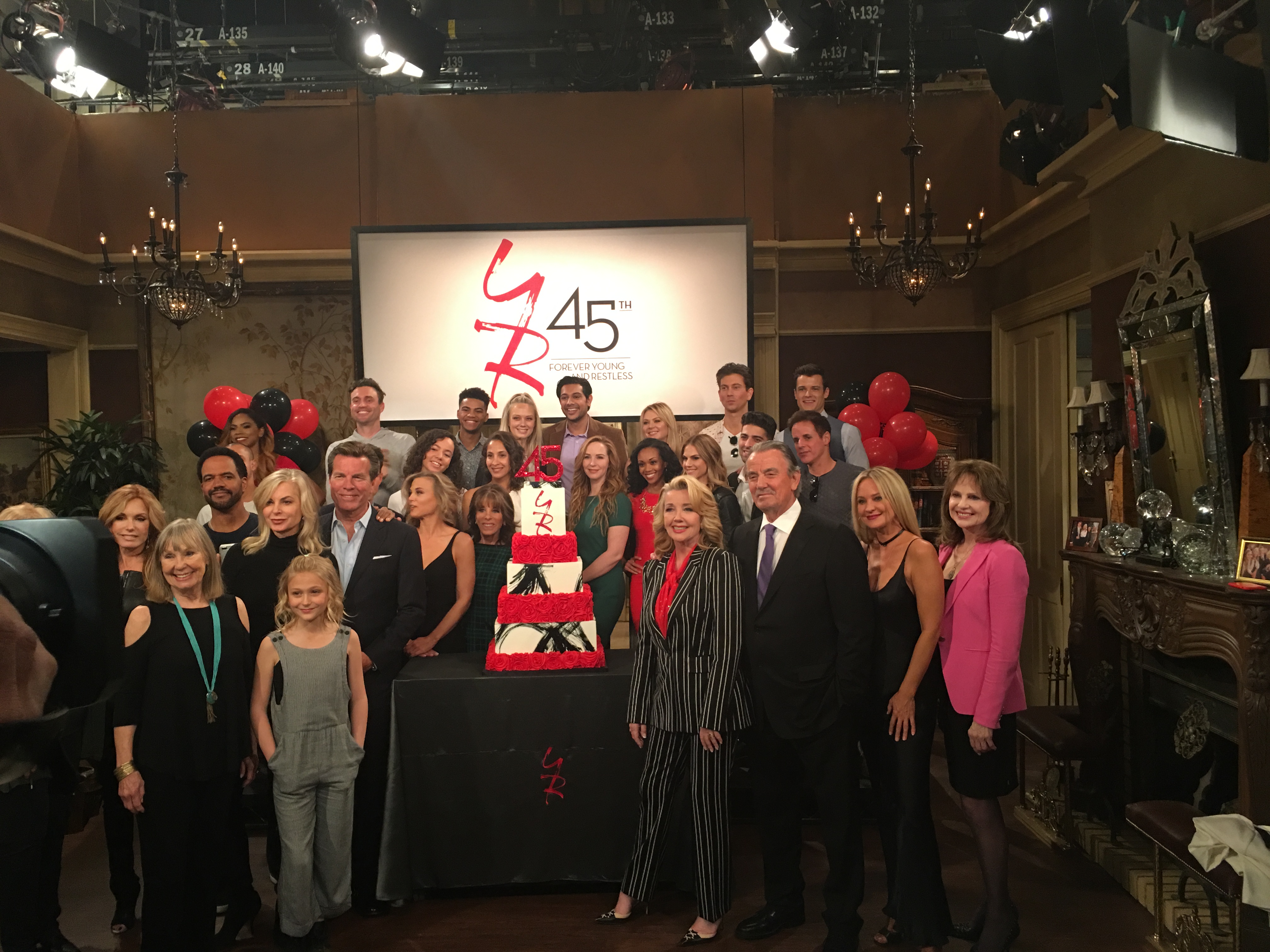 The celebration starts NOW! Get ready to ring in 45 years of The Young and the Restless all week long. Make sure to tune in to #YR tomorrow! 🎉 #YR45

To celebrate this big anniversary, ET Canada’s Matte Babel visited the “Y&R” set to speak with some of the show’s stars about this major milestone.

“It just feels incredible that we’ve touched this many people for this long,” said Joshua Morrow, who plays Nicholas Newman. “You know, if our fans weren’t as crazy loyal as they are, we wouldn’t come close to 45 years.”

RELATED: Christel Khalil Grew Up On ‘Young And The Restless,’ And She Wouldn’t Have It Any Other Way

Matte also spoke with Sharon Case, who has played Sharon Newman since 1994. “I was shocked at the 25th Anniversary, I remember that we had a big party, we were all in gowns. Twenty-five seemed so long, so I can’t even wrap my head around 45, it’s amazing!” she exclaimed.

“I look back and can’t believe I’ve spent virtually my whole life here,” added Case. “It went by sooo fast!”

Alberta native Jason Thompson is a relative newcomer to “Y&R”, having previously spent a decade on “General Hospital” before taking on the role of Billy Abbott in early 2016, but he shares Case’s awe at the show’s longevity.

“You know, when I think about what goes into one day, I can’t even imagine 11,000-plus, so here we are 45 years later. It’s pretty incredible,” said Thompson, adding: “I never imagined I’d be doing this, but never thought I could carve out a career like this, for this long.”

RELATED: Jess Walton On 30 Years With ‘The Young And The Restless’: ‘I Am So Very Fortunate’

Thompson credits the show’s continued success to its ability to draw people in via top-notch storytelling. “We get to tell the story in real time,” he explained. “As characters develop, as characters change, I don’t think there’s many mediums that do that – and do it as well as we do. I mean, I think it goes to show, you need the audience to be there and support you, but you need to earn that viewership also, that’s what this show has done very well. I mean, how many years have we been #1 too? 29 years? That just goes to show the respect that we have for the audience, and you do that with telling a good story.”

“The Young and the Restless” airs weekdays at 4:30 p.m. ET/4 p.m. PT on Global. You can also watch full episodes online.