Lorde is experiencing the fury of social media, unleashed in her direction thanks to a tasteless joke involving some Whitney Houston lyrics and a bathtub.

The controversy was sparked when the 21-year-old “Royals” singer shared an Instagram photo of a bathtub, writing “Day Off” along with the caption, “And iiii will always love you.” (She has since deleted the post.) 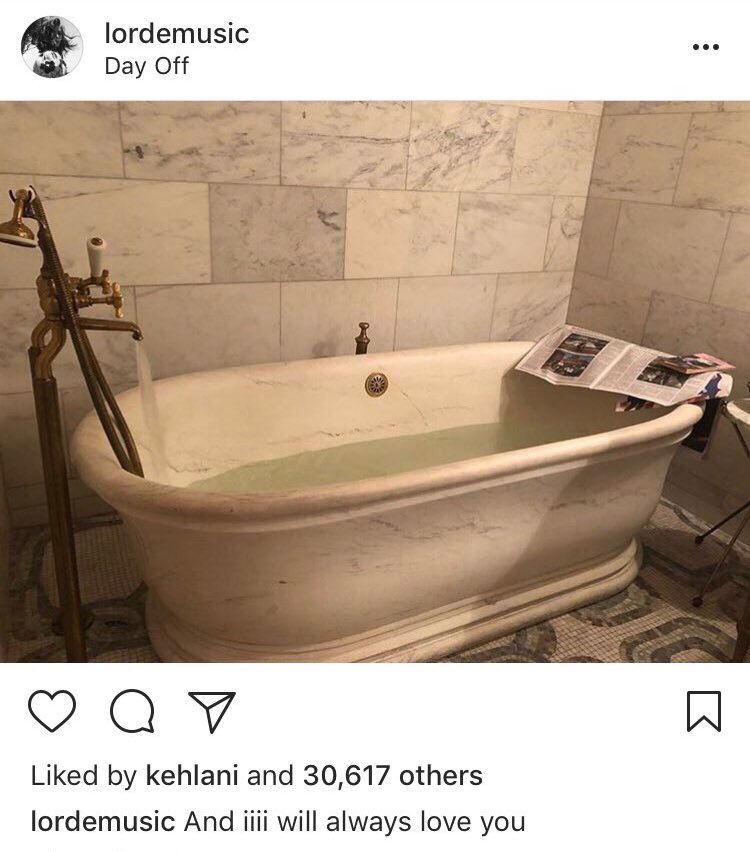 For most people who saw the Instagram post, it was impossible not to think Lorde was making a cruel joke about the late singer, who was found dead in the bathtub of her suite at the Beverly Hilton Hotel in 2012.

RELATED: Lorde Claps Back At People Offering Her Acne Advice

The backlash was instantaneous, with numerous users of social media blasting her in the comments, and then on Twitter, including Wendy Williams, who issued a sarcastic tweet about Lorde’s unfortunate remark.

Ironically, Lorde performed an emotional stripped-down cover of the Houston hit “I Want to Dance With Somebody” during a concert in Sydney, Australia, following the country’s vote to legalize gay marriage.

After a tsunami of tweets called her out, Lorde offered an apology, claiming the Whitney Houston-bathtub connection never occurred to her — she was just really happy about taking a bath. 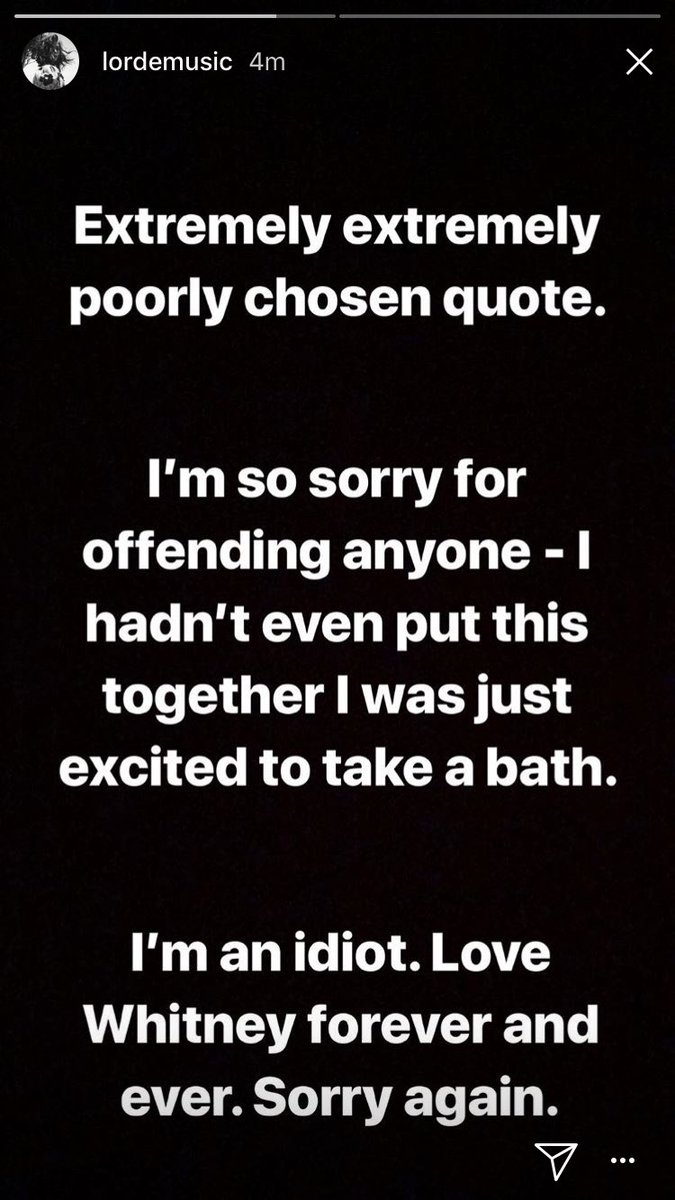 Apology or not, check out this sampling of angry tweets from an enraged Twitterverse:

This is disgusting idk how people find it funny. Whitney was a legend. she was amazing. she was a queen. she was a strong black woman. I like lorde but this is truly disgusting pic.twitter.com/B5cR3tolaU

brandy when she finds lorde pic.twitter.com/uTtPD5e0IC

twitter is not gonna let lorde live this down pic.twitter.com/UAJTb4Ft8Y

I’m trying TO SCRUB OFF MY LORDE TATTOOS SO FAST

C'mon Lorde out of all the lyrics to use for your bathtime u use Whitney lyrics…. Like for why?? pic.twitter.com/wL7O266fUb

So is Ms. Lorde getting dragged tonight pic.twitter.com/EXTmIpUx3i

So lorde, the bitch who sings that "and were never be royals …blah blah you can call me queen B" think its a joke to post this about LEGEND WHITNEY HOUSTON. #CancelThatWhiteBitch#WhiteBitchesareEvil pic.twitter.com/6rNyd0M7nm

So Lorde, the human sloth, decided to speak ill of the dead, but not just the dead, a dead legend, Whitney Houston? pic.twitter.com/QXrmQ11tCB

Y’all Lorde apologised and deleted the Instagram post djdjdjd I can’t believe she actually did that- #LordeIsOverParty pic.twitter.com/2ctimAbAKs