Gracing the cover of the magazine, that hits newsstands October 2, Cotillard, 39, explains how she had panic attacks for the first time in her acting career because of being pushed to her physical and physiological limits. 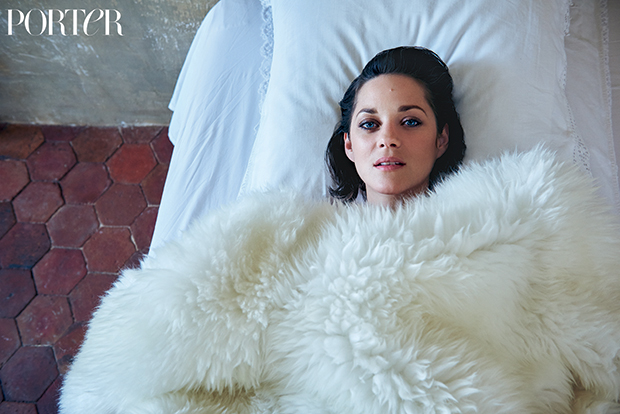 “Actually, when I start a movie I usually freak out… This time it was pretty physical and intense. Panic attacks… I never had panic attacks before. What was funny is I didn’t know what a panic attack was, but I had studied it for the role I did before [in Two Days, One Night],”; she tells the magazine.

“So when [I had one] I knew exactly what it was and I was like, ‘Are you kidding me? Am I having a panic attack?!’ But I just had to accept I would freak out the whole shoot long. That was not very comfortable, but you don’t expect to be comfortable playing Lady Macbeth… You make the choice of living a nightmare and you deal with it.”

Cotillard also shares her opinion on gender equality in the movie business saying “filmmaking is not about gender.”;

“You cannot ask a president in a festival like Cannes to have, like, five movies directed by women and five by men. For me it doesn’t create equality, it creates separation. I mean I don’t qualify myself as a feminist,”; The Dark Knight Rises actress explains.

“We need to fight for women’s rights but I don’t want to separate women from men. We’re separated already because we’re not made the same and it’s the difference that creates this energy in creation and love. Sometimes in the word feminism there’s too much separation.”