Followers of Jenny Mollen’s Instagram page got to see waaay more of hubby Jason Biggs than they’d ever seen before when she posted a selfie of the couple, with naked Jason sitting naked on the throne, a magazine covering what Monty Python once referred to as “the naughty bits.”;

One problem: the magazine didn’t entirely hide everything, and a portion of said “bits”; were actually visible peeking beneath the magazine.

Apparently the American Pie star’s big reveal wasn’t intentional; Jenny has since removed the pic — but TMZ managed to snag a screengrab before it vanished: 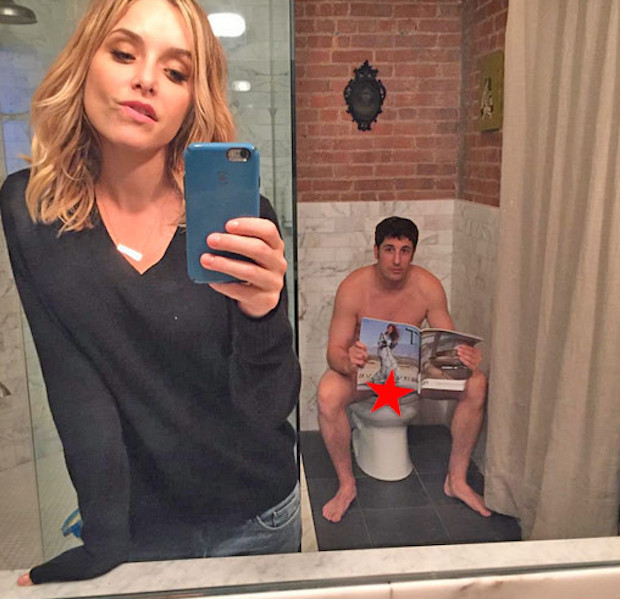