Michael Buble Opens Up About Break-Up With Emily Blunt

For the first time ever, Michael Buble is speaking out on rumours he cheated on ex-fiancée Emily Blunt.

“Emily is a beautiful and loving person, and I’m grateful for the time I had with her, for the relationship,”; Buble tells our Erin Cebula. “Without it, I wouldn’t have had a chance to fall in love with myself enough to be with a woman like my wife. It didn’t end because of cheating. It ended because we weren’t right for each other, and we are now exactly where we’re supposed to be in our lives.”;

The rumours surrounding Buble and Blunt’s relationship were re-ignited last month when the actress was interviewed by Howard Stern on his Sirius XM radio show. When Stern asked her if Buble had been unfaithful, she replied, “I don’t know, it’s complicated. I never want to talk about it. I can’t do it.”; 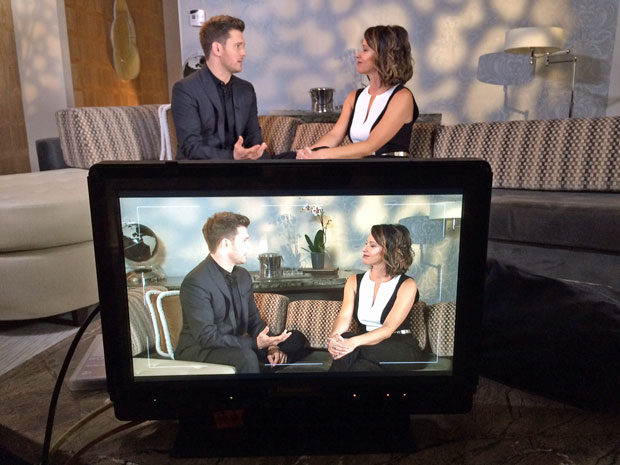 The pair dated from 2005 to 2008 and have each since moved on. Blunt has been married to The Office star John Krasinski for five years and have a 20-month-old baby together.

“You know, Noah’s two and I already miss him when he was a baby,”; says Buble. “We love that part so much that how can we not want to have that again? And again, and again… I’m saying that now, let’s see what I say after two.”;  Watch more below, or here if you’re on a mobile device.

What does Michael Buble have to say about turning 40? Find out below, or here if you’re on a mobile device.

Here, Michael opens up about the contentment of being a husband and father. Watch here if you’re on a mobile device.