Ariana Grande and “SNL” star Pete Davidson confirmed their relationship with some sweet snaps together on Instagram.

While the couple have been keeping a relatively low profile, the “Side To Side” singer couldn’t help but post an adorable photo of the two cuddling up, with Davidson kissing her cheek.

Although Davidson’s Instagram profile says “I hate Instagram,” the 24-year-old clearly liked it enough to post a photo of him and Grande in “Harry Potter” robes and corresponding Hogwarts house sweaters.

Earlier in May, a source told People that the “No Tears Left to Cry” singer and the “SNL” cast member had “just started” their relationship.

“It’s very casual,” the source told People of the budding romance, with a second source confirming that the pair were dating.

The news comes shortly after Davidson and Grande, both 24, each announced they had split from their significant others — Grande broke up with musician Mac Miller, her boyfriend of two years, while Davidson split with longtime girlfriend Cazzie David, daughter of “Seinfeld” co-creator Larry David.

“I respect and adore him endlessly and am grateful to have him in my life in any form, at all times regardless of how our relationship changes or what the universe holds for each of us,” wrote Grande on Instagram Stories of her split from Miller.

Meanwhile, last week Davidson confirmed that he and David had broken up. “We’re not together anymore,” he said. “She’ll be great and she’ll be fine.”

Grande and Davidson have known each other since at least 2016 when she hosted “Saturday Night Live”; Davidson appeared during her monologue as she tried to craft her next tabloid scandal.

“Hey Ariana, I overheard, you wanna smoke some pot or something?” asks Davidson in the sketch. “Let’s smoke some crack, man!” replies Grande.

In early May, the lovebirds had yet to acknowledge that they were actually an item but they did flirt up a storm on Instagram. Grande shared a photo of her new bumblebee tattoo, which caused Davidson to comment with emojis of a bee, a heart and a face with hearts for eyes, while Grande commented on an Instagram pic of himself that Davidson posted with a blushing face. emoji. 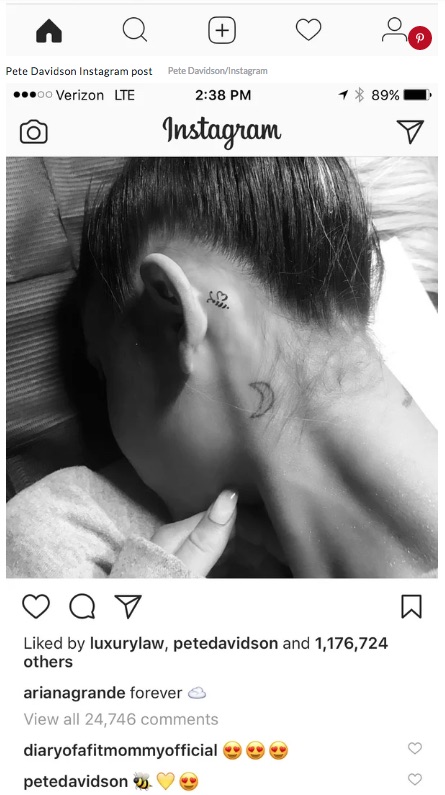 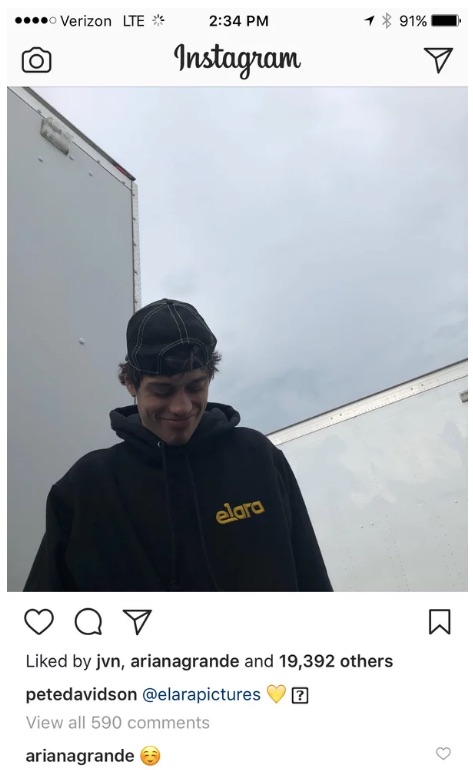