After months of speculation, “Riverdale” stars Lili Reinhart and Cole Sprouse seemingly confirmed they are a couple when they attended this year’s Met Gala together — so naturally they must be expecting a baby, right?

Or at least that’s what some fans thought after photos of the pair hanging out with friends in New Orleans began circulating over the weekend, leading some to point to what they assumed was Reinhart’s baby bump as she snuggled in with Sprouse, 25.

But is it true? In response to the speculation, the 21-year-old actress — Betty on the Archie-inspired TV hit — clapped back at the rumour-mongering.

“It’s unfortunate that one unflattering photo of my stomach circulating the internet causes hundreds of people to think that I’m pregnant,” wrote Reinhart on an Instagram story Monday.

“Nope,” she confirmed. “Not pregnant. This is just my body. And sometimes I’m bloated. Sometimes an unflattering photo is taken of me. Sometimes I go through periods of time where I gain weight.”

RELATED: Lili Reinhart On Keeping Romance Under Wraps: ‘It’s Called A Private Life For A Reason’

She concluded with a powerful message. “My body is something that I will NEVER apologize for,” she wrote. “My body will constantly go through change. And so will yours. And that’s fine. So let’s not put so much time and effort into caring about a stranger’s figure.” 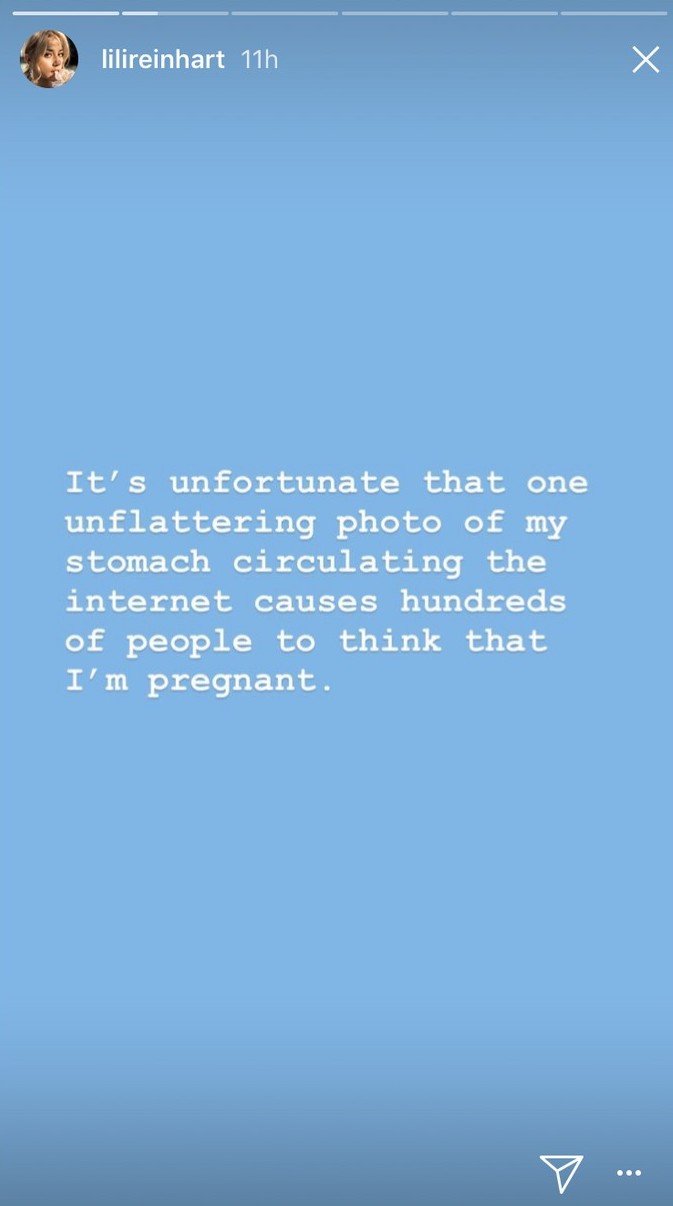 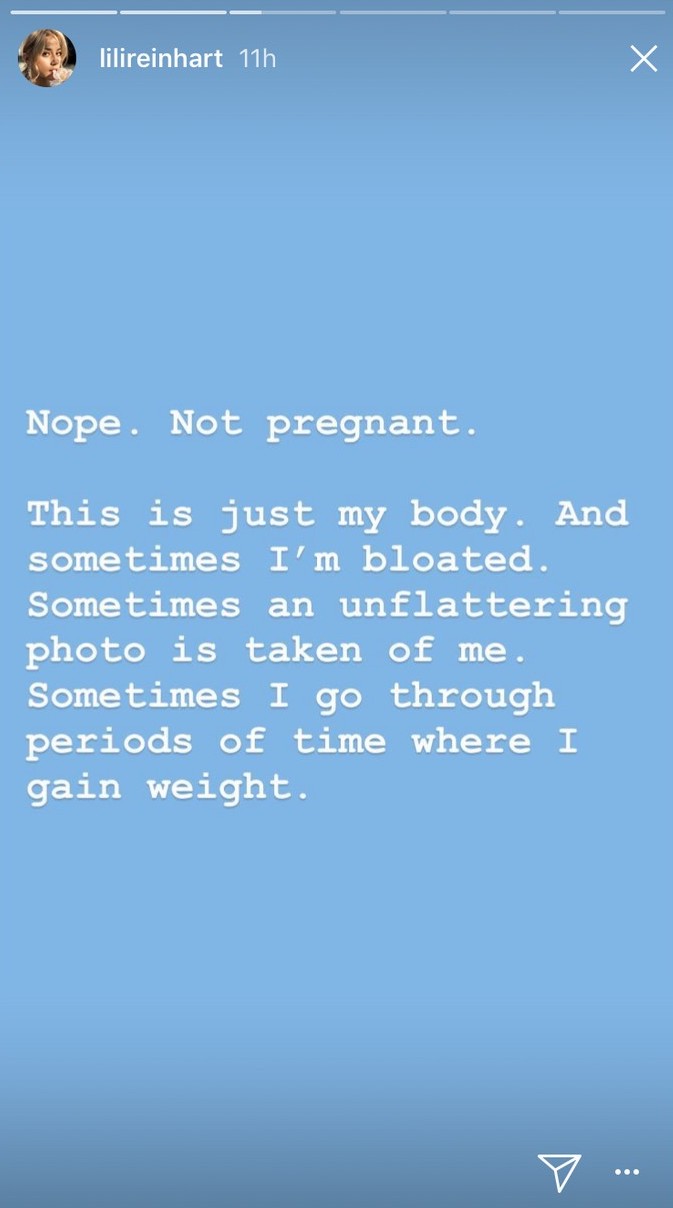 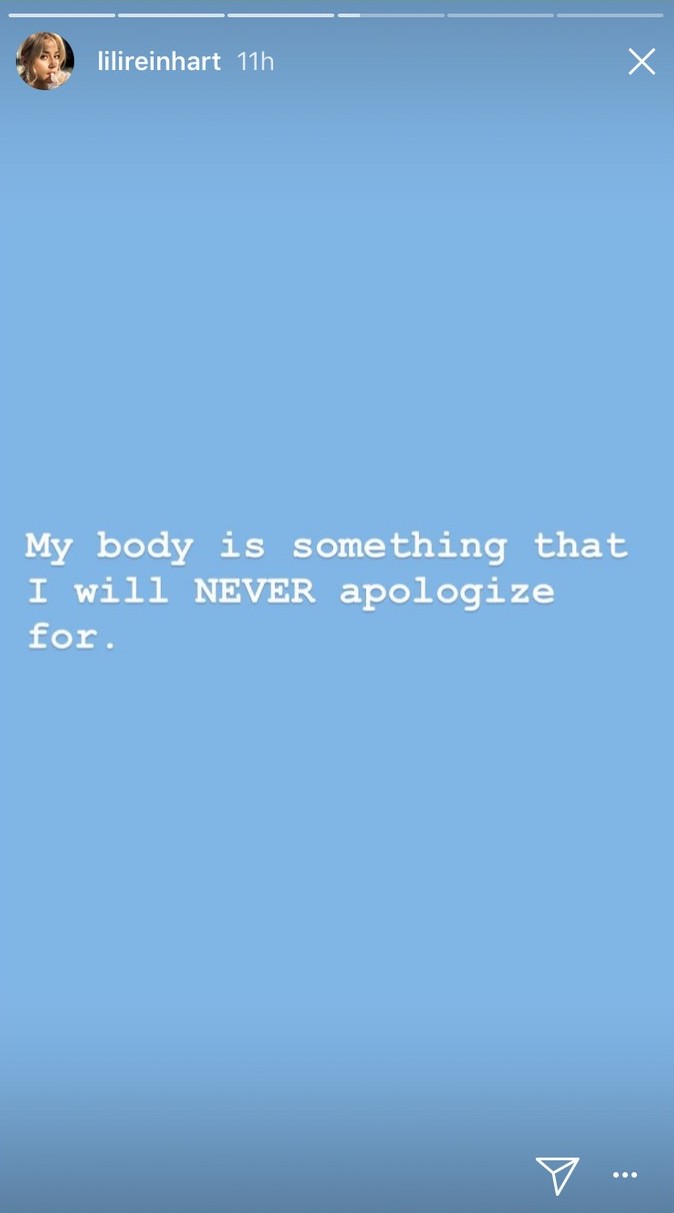 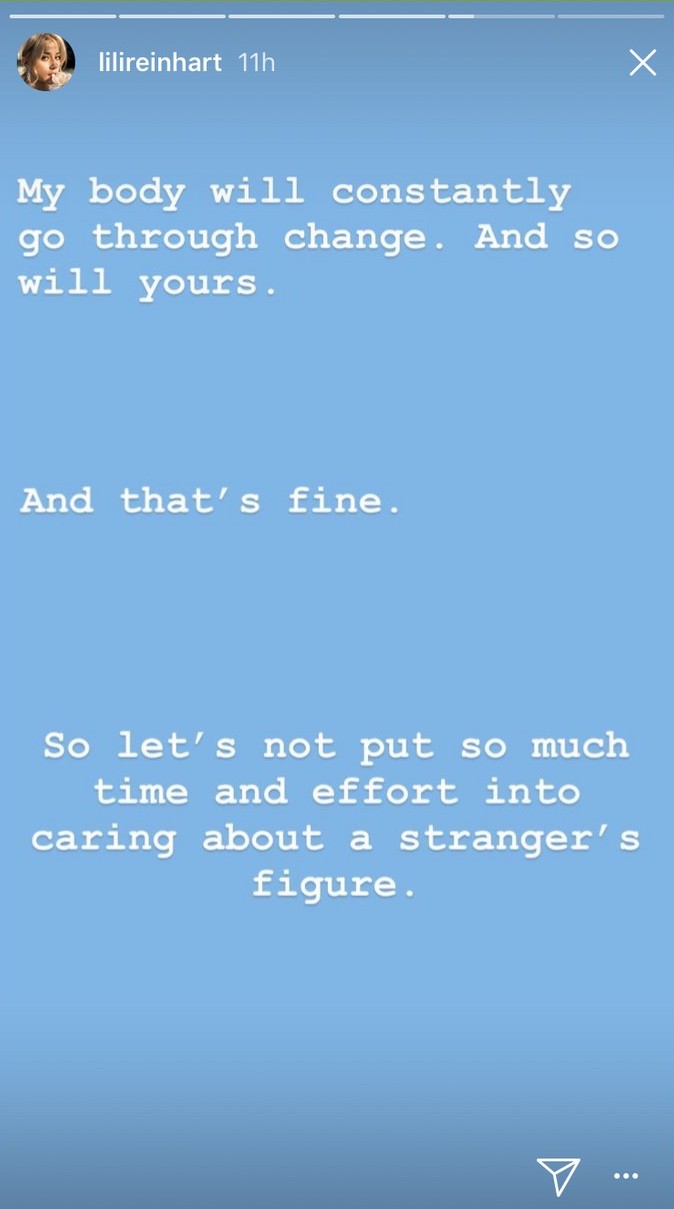 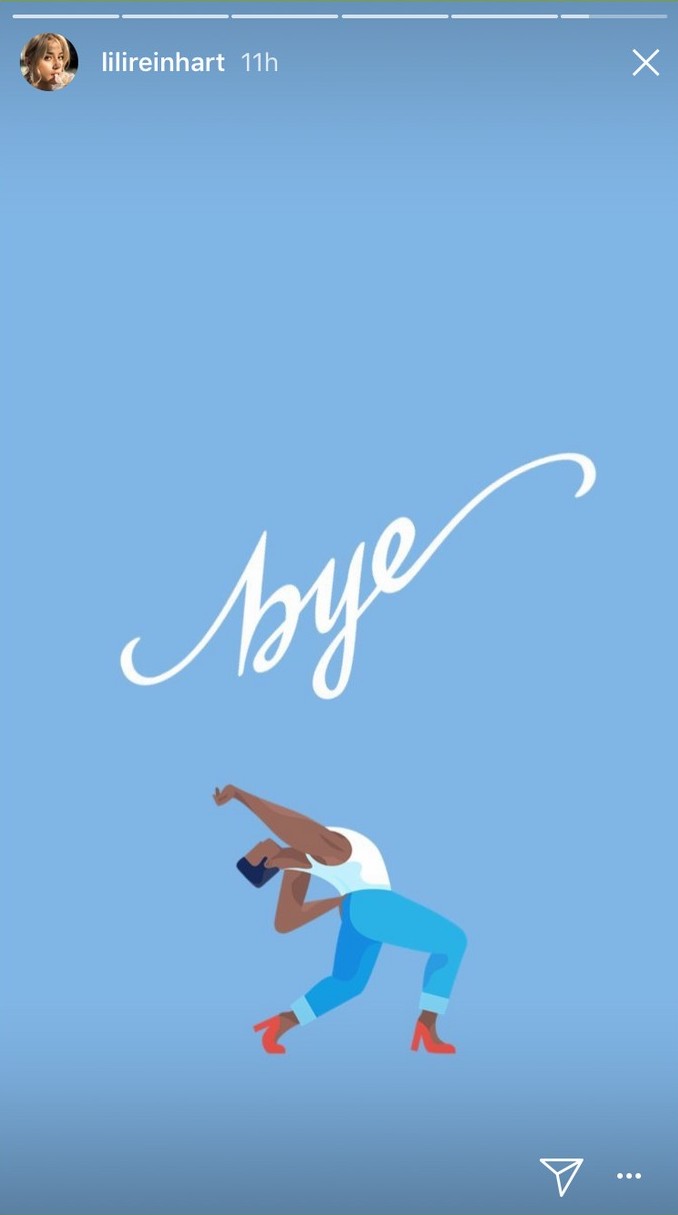