A year after the tragic suicide bombing that killed 22 concertgoers and left many more injured at Ariana Grande’s Manchester concert, the “Dangerous Woman” singer reveals she’s come to realize that she experienced post-traumatic stress after the incident.

“My anxiety has anxiety… I’ve always had anxiety. I’ve never really spoken about it because I thought everyone had it, but when I got home from tour it was the most severe I think it’s ever been,” Grande said in an interview with British Vogue. 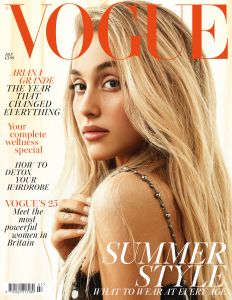 Could that amped-up anxiety actually be signs of PTSD? “I hate… yeah… admitting it but it very much is,” Grande added.

“That’s what everyone was telling me. It’s hard to talk about because so many people have suffered such severe, tremendous loss. But, yeah, it’s a real thing. I know those families and my fans, and everyone there experienced a tremendous amount of it as well.”

Grande says that she doesn’t feel comfortable talking about her own experience, which pales by comparison with those who were injured and families who lost loved ones.

RELATED: Ariana Grande Writes Love Letter To The LGBTQ Community: ‘Thank You For Celebrating Me The Way I Celebrate You’

You can read more with Grande in the July issue of British Vogue, which comes out Friday, June 8.