The couple, who made their romance public in May, are reportedly completely in love and ready for the next step in their relationship.

A source told People magazine, “It’s a recent engagement. They’re just two people who found love quickly and make each other happy all the time. They both started talking about it this past weekend. It’s nothing they’ve been hiding.”

Another insider close to the couple revealed to Us Weekly that Grande is in no rush to walk down the aisle: “They are a perfect fit. They are not rushing to get married. Their friends are really excited and supportive.”

According to the mag, the “No Tears Left To Cry” singer, 24, and Davidson, 24, spilled the happy news at Robert Pattinson’s birthday party in Los Angeles.

While neither Grande nor Davidson have confirmed the news, Grande did send out this cryptic Tweet on Monday afternoon (which has since been deleted) referencing the Broadway hit “Wicked”, writing: “tell them how I’m defying gravity.”

And on Monday afternoon iHeartRadio posted a photo to Instagram of what looks like a giant diamond engagement ring on Grande’s ring finger from an interview with Big Boy last week.

Did Ariana Grande show off her engagement ring during her interview with @BigBoy? 🙈💎 Click the link in bio to watch!

On Monday night, Grande returned to Twitter, replying to fans sending their congratulations — while neither confirming nor denying what they were congratulating her for. 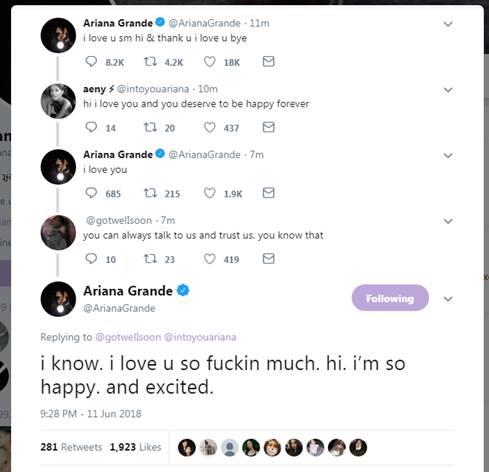 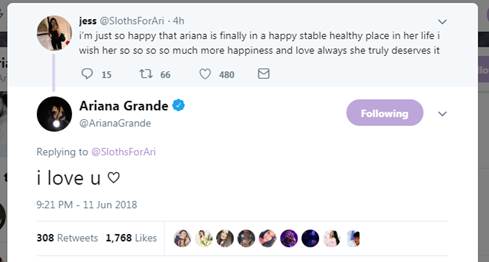 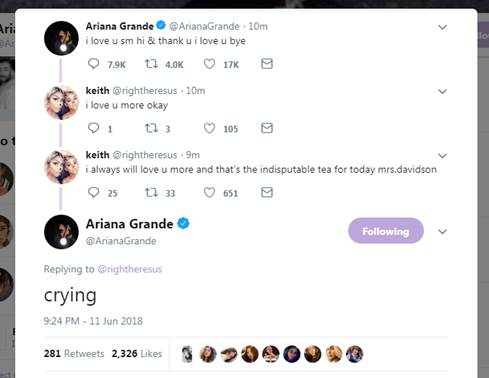 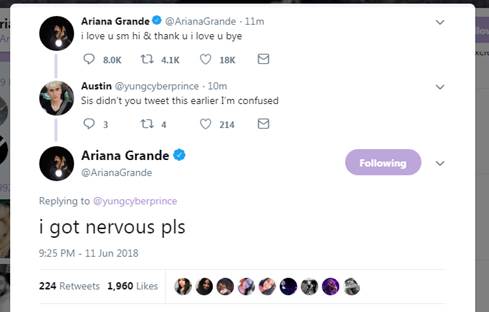 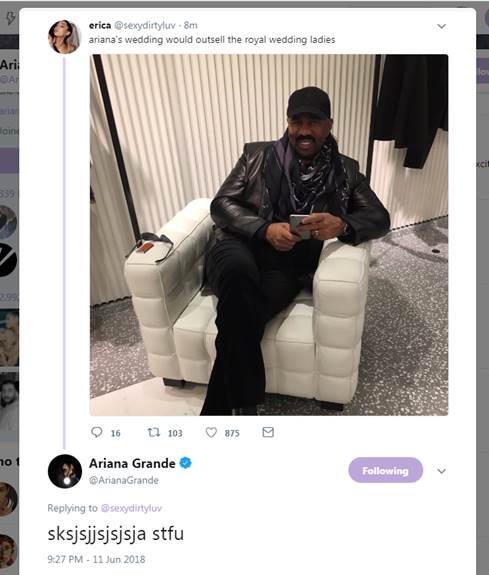 ET Canada has reached out to both Grande and Davidson’s reps for comment.