Justin Theroux is showing off his fighting spirit in the new issue of Men’s Health. After getting his workout on with a boxing match for the magazine, the 46-year-old actor had plenty to say about being older and wiser.

“When I was in my early 20s, I was impatient,” Theroux says. “Always wanting things to happen the way I wanted them to happen. And that has gone away. Not completely – because there are definitely things I want to happen in the time I want them to happen. But I don’t lose sleep over things anymore the same way I used to.”

RELATED: Mila Kunis And Kate McKinnon Preview New Action-Comedy ‘The Spy Who Dumped Me’ On ‘Ellen’

The actor, whose diverse resume includes everything from roles in “Mulholland Drive” and “American Psycho” to an arc on “Sex And The City”, roles on “Six Feet Under” and “Parks And Recreation”, not the mention his critically-acclaimed performance on “The Leftovers”. And, as if a varied acting career wasn’t enough, he also wrote the screenplays for “Iron Man 2”, “Tropic Thunder”, “Zoolander 2” and the Tom Cruise musical “Rock Of Ages”.

For Theroux, it’s all about doing what he loves best.

“I learned – not early, but at some point – if you do the things you like to do, you’ll produce better work. When you’re doing things you don’t want to do, the work suffers. How could it not? You’re not interested in it,” he explains. “I gravitate toward the next thing I think I’ll enjoy, as opposed to things I think would be smart to do, or a good career decision.”

After starring in the Netflix sci-fi movie “Mute”, Theroux will next appear as a spy in the action-comedy “The Spy Who Dumped Me” opposite Kate McKinnon and Mila Kunis. Audiences will have to wait and see if the actor will get to show off some of his many tattoos in the film, even if he doesn’t give them too much of a second thought.

“I don’t put a lot of thought into mine,” he says of his tats.  “I never had a stage when I was like, ‘I want to get a tattoo, it has to be really meaningful, it’s also gotta have a yin and yang in it and be an homage to my mother.’ There are a lot of people designing their own tattoos who are frustrating a lot of tattoo artists. I’m real easy. I’ll go in, like, ‘What should we do?’ ‘I dunno, what do you wanna do?’ So it’s kind of when the mood strikes.”

RELATED: Justin Theroux Shows Off Rat Tattoo On His Back

“I think doubt is a good thing. We’re all doubting whenever we set out to do anything new. But that’s a motivating factor to try to make it good. It’s destructive if you let it creep over the entire process, but I don’t dwell,” he tells the magazine.  “I doubt things, but I hope things, too. That’s when you give it the best chance of success by working harder or practising or rewriting. That’s how I deal with doubt.” Then he smiles. “Or I just pretend I’m not doubting myself.”

“There’s nothing I’m dying to do. Nothing gnawing at me,” he laughs. “There are things I know I will do. I just don’t know what they are yet.”

Men’s Health with Theroux on the cover lands on newsstands on June 26. 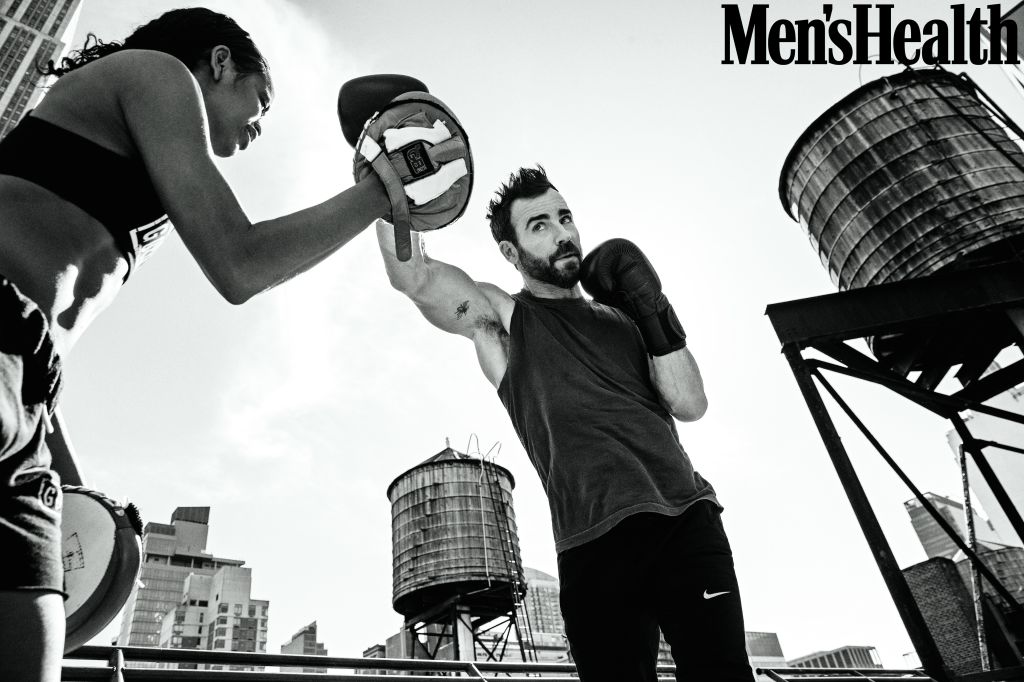 Celebs Justin Theroux The Leftovers The Spy Who Dumped Me