Justin Bieber finds “Beauty and a Beat”; with the Victoria’s Secret Angels. The lingerie line’s hottest models get together to lip-sync to the Bieb’s latest hit and flirt with the pop star who looks like he made it to heaven! Adriana Lima, Miranda Kerr, Alessandra Ambrosio and Barbara Palvin, the girl who received heat for getting too close to The Biebs, all cozy up to Justin in their new viral video.

Barbara fueled break-up rumours between Justin and Selena Gomez after pictures were posted of the singer and the 19-year-old model out on the town at a The Lion King show. With Selena herself even referencing a  pic of them on Twitter saying “……”  Despite the gossip, the pop power couple has been recently spotted all over NYC together, but time will tell if this flirty new video will stoke the fire. 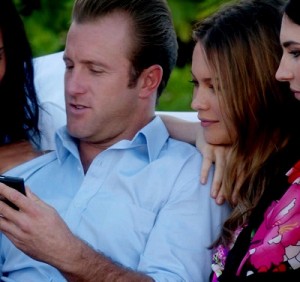 Behati plays a model of course, but the cast and crew claim she’s a natural in front of the camera. “We’re having a lot of fun,”; says Alex. “When you work with people who have never done anything before, it can go one of two ways… it can go really, really bad or they’re fantastic like her!”;