Kim Kardashian could give birth any day now. Luckily for Kanye West, she already has her eyes on the extravagant gift she wants from her hubby after her labor.

The reality star took to her website to give details of what a “push present” is and dropped some major hints to her rapper hubby about which diamond-encrusted gift she is hoping for.

Kim Kardashian Opens Up About Her “High-Risk Pregnancy

“I like the idea of a push present — after nine months of pregnancy it’s a sweet and well-deserved thank you,” Kim, 35, wrote. “We women go through an entire pregnancy carrying a baby … of course it only makes sense that we get something amazing to show how amazing we are! LOL!”

The Keeping Up With the Kardashians star previously explained that she was not always into the idea but after a few emails between some of her friends discussing it, she decided to get on board.

Kim admits she’s hoping for a little Lorraine Schwartz jewelry to help ease the pain of carrying a baby for the last nine months.

“This pregnancy, I would love a Lorraine Schwartz diamond choker, like the ones I’ve worn before to the Art + Film Gala,” she writes. “Too much? LOL!” 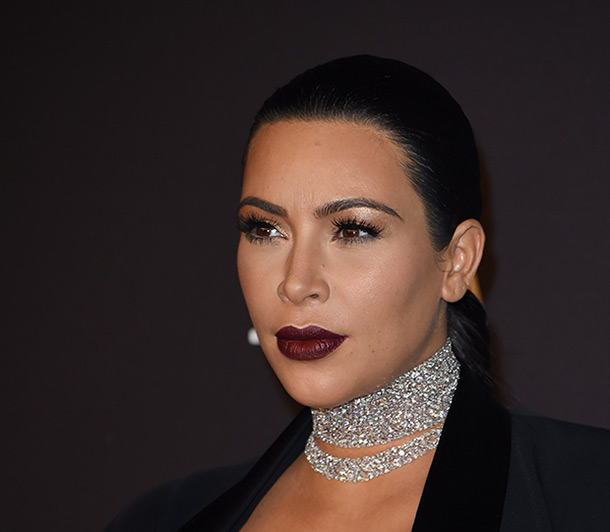 Although she didn’t reveal the price tag of the gift, Schwartz jewelry –like her very massive engagement ring — is known to cost several hundreds of thousands of dollars.

Considering the gifts that Kim has received from the “Four Five Seconds” artist it doesn’t seem to far of a reach.

Kim Kardashian Talks Pregnancy Fashion and Diet: “I’ve Given Up at This Point’

Recently West threw his pregnant wife, who is due in December, a surprise birthday party at the Westlake Cinepolis theater in Thousand Oaks, California.

“My husband never ceases the amaze me!”; Kardashian shared on Instagram following the bash. “He rented out the entire movie theater to screen the new Steve Jobs (It’s sooooo good BTW), and had all of my family and close friends came dressed up as their best pregnant Kim look (fake baby bumps provided on arrival!)”;

Check out the star’s surprise arrival in the video below.