‘The Simpsons’: First Look At New ‘Treehouse Of Horror’ Episode Debuts At Comic-Con

This year’s annual “Treehouse of Horror” Halloween episode of “The Simpsons” will be out of this world — literally!

That’s what Comic-Con attendees found out on Saturday thanks to the debut of a brief snippet of the upcoming episode, featuring an homage to classic sci-fi flick “Invasion of the Body Snatchers”.

As a geeky bonus for Comic-Con fans, the interstellar opening sequence features shout-outs to Matt Groening’s “Futurama” and Seth MacFarlane’s Fox series “The Orville” (which is set to return with a second season in early 2019).

Meanwhile, the “Treehouse of Horror” poster has also been unveiled, with “Simpsons” showrunner Al Jean revealing this year’s scary segments will also parody “The Three Faces of Eve” and “Jurassic World”. 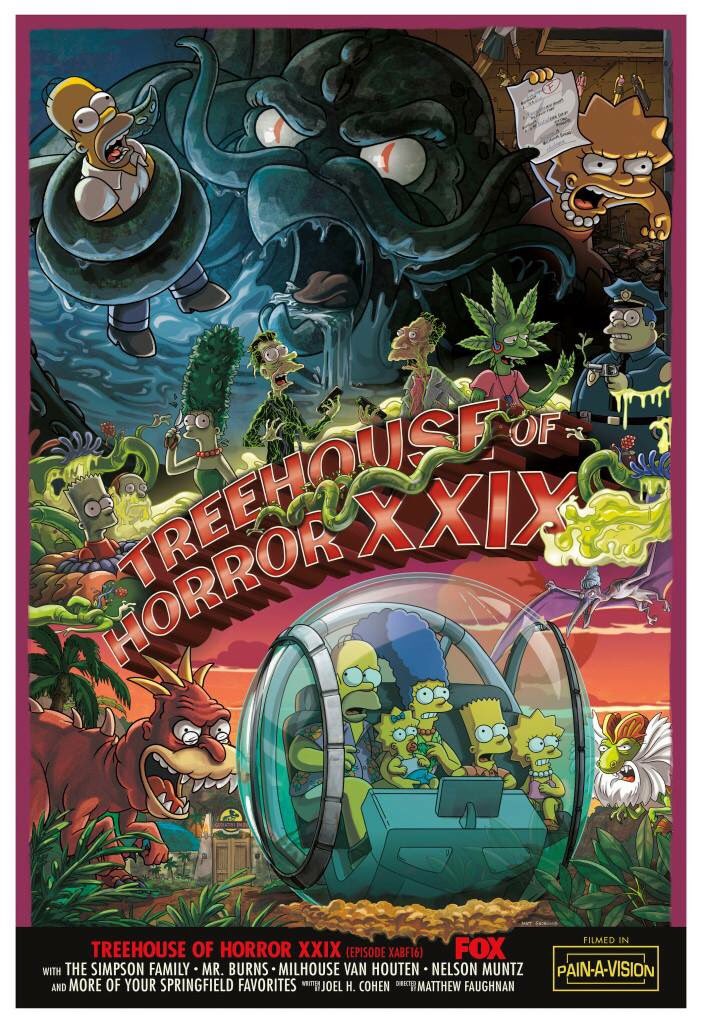 According to the synopsis, “Homer wins an oyster-eating contest against the mythical Cthulhu, Springfield is overrun by plant body-snatchers, Lisa finally snaps, and Mr. Burns opens a retirement home with some Jurassic upgrade.”

No word yet on a premiere date for this year’s “Treehouse of Horror” episode, but you can watch the clip above.